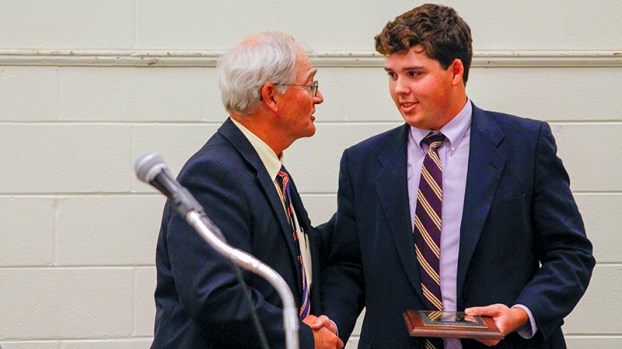 Boy of the Year honor goes to Morgan Academy’s Harvill

“I can really say this was unexpected. I feel everyone here tonight had an opportunity to win,” Harvill said. “It is a great honor that we are here. We have been leaders in our schools, in our communities and in our families. We need to remember going forth we are the future of America.”

Harvill is the son of Troy and Patrice Harvill. He attends Elkdale Baptist Church, is an Eagle Scout and involved in the National Honor Society, Student Government Association and many other organizations at Morgan Academy.

He plans to attend Auburn University and major in aerospace engineering and then earn his master’s in business administration at Troy University before going to work in the defense industry.

Harvill thanked God, his parents and family for their support and the YMCA for sponsoring the award.

“Twenty years ago I sat right where you sat … It was a rough night for me because I knew beyond the shadow of a doubt that I was going to by the Boy of the Year,” Melton said, joking that he would give his acceptance speech Tuesday night. “This moment is a moment you will forever cherish and you will remember. Out of all the young men here in Selma and Dallas County, there’s only 11 of you all who are here tonight.”