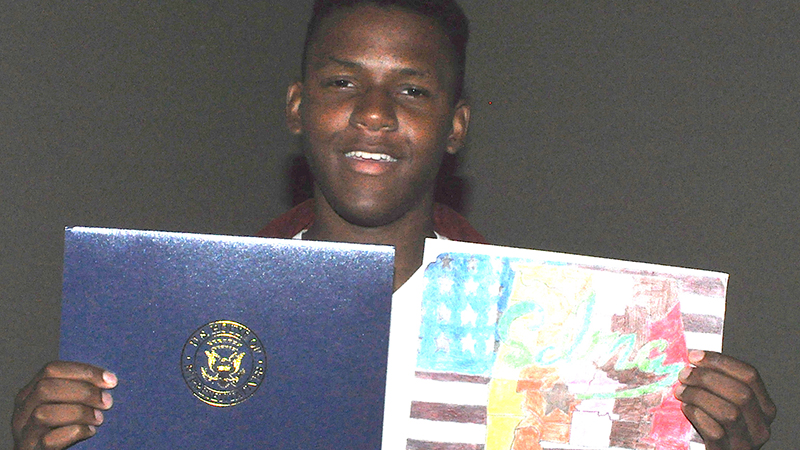 By Fred Guarino | The Lowndes Signal

While the winner was Eva Hutto of University Church Christian Academy in Tuscaloosa, three Southside High School and six John T. Morgan Academy students participated in the event. Awards were presented for first, second and third place, as well as honorable mention.

Hutto’s work, “Try to See What I See,” will be hung in the halls of Congress for an entire year.

Hutto also won a flight for herself and a parent complements of Southwest Airlines and a $3,000 per year (total of $12,000) scholarship to Savannah College of Arts & Design.

Melinda C. Williams, congressional manager for Sewell’s Montgomery Office said Sewell wanted to attend Saturday, but was still in Washington, D.C. However, Williams said, “She is very, very passionate about the arts.”

Williams pointed out that Sewell is from Selma and that Sewell’s mother’s family is from Lowndes County. She said Sewell is also passionate about the Selma to Montgomery National Historic Trail.