A 32-year-old Selma man was arrested Tuesday for allegedly opening fire at a party on South Avenue two weeks ago, killing one man and injuring another.

Edree Williams was booked into the Dallas County Jail Tuesday morning on murder and attempted murder charges. He is being held without bond. 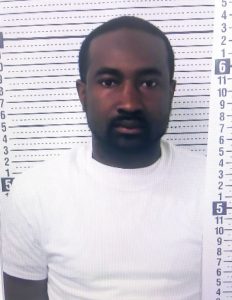 The shooting happened on April 19 after a fight broke out at a party around 8:30 p.m. on the 300 block of South Avenue.

According to Lt. Tory Neely with the Selma Police Department, a group of guys from the Twenty Foot Avenue area were upset about someone from the Kings Bend Road area that was at the party.

“It caused a confrontation, which the guy that was visiting they tried to get him in the house, and then it went too far and somebody started shooting,” Neely said the day after the shooting.

Christopher Deon Cooper, 31, died from the injuries he sustained three days later at UAB Hospital in Birmingham. According to Dallas County Coroner Alan Dailey, Cooper was shot in the head. He was initially transported to Vaughan Regional Medical Center and then to airlifted to UAB Hospital.

A 25-year-old and 30-year-old were also shot at the party. Williams is charged with attempted murder for one of those victims. No charges have been filed on the other. No other arrests have been made in the case.

The case was worked by the department’s recently formed Crime Suppression Unit.

There is also an arson investigation linked to the homicide where the shooting happened. Scott Pilgreen, state fire marshal, said the investigation is ongoing and no arrests have been made at this point. No other details have been released.

This was the city’s second murder or 2017. Selma’s first murder happened Jan. 14 when 23-year-old Nick Bell was found shot to death in a car on Alabama Avenue. Three is the overall number of murders in the city and county combined. The county’s first murder happened the same day Cooper was shot. A 19-year-old, Ratravious Sanders, allegedly shot and killed 19-year-old Rufus Williams. Sanders was charged with murder.