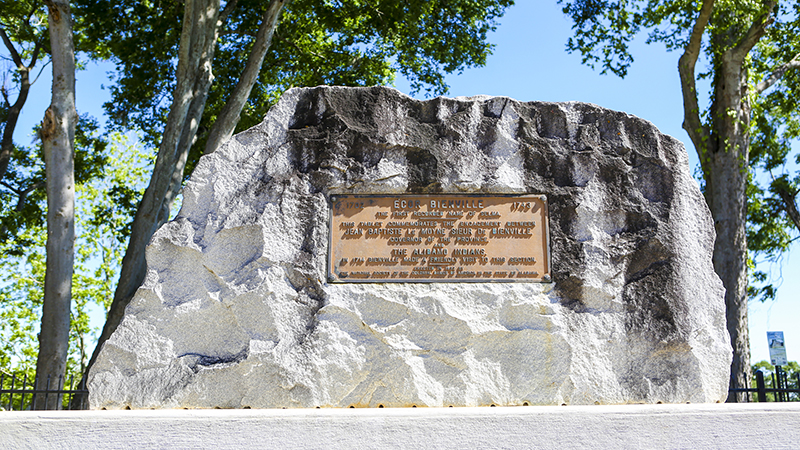 A bill in the Alabama Legislature would prevent changes to monuments that have been in place more than 50 years.

A bill designed to protect monuments on public property in Alabama could stop local governments from having any say on changes made to them as well as the renaming of public streets.

There are monuments and streets all over Selma and Dallas County that have been erected or renamed for war heroes, civil rights icons and the history here, so the bill has a direct impact on Selma.

The bill would establish the Alabama Memorial Preservation Act of 2017, which would stop the “relocation, removal, alteration, renaming or other disturbances of monuments located on public property which have been in place for more than 50 years.”

It would also and create a process for changes made to monuments that are less than 50 years old, along with restricting the renaming of a county, municipality, school, street, bridge, building, park, preserve or reserve located on public property. Those would all be handled by a committee.

The bill was passed by the Senate in March and the House of Representatives last week. Now, it will go back to the Senate and then on to Gov. Kay Ivey.

The Democratic Caucus asked Ivey to veto the bill when it comes to her desk, and Sen. Hank Sanders is asking the same.

“I just think that decision should be made by Selma people. It ought not to be made by some committee or commission set up at the state level. Those decisions ought to be made by local people,” Sanders said Monday. “Every local situation is different.”

The bill comes after many Confederate monuments have been removed across the country, and the bill has been labeled as some as the “Confederate Monuments Bill.”

Pat Godwin, president of the Selma Chapter 53 of the United Daughters of the Confederacy, said that is not the case.

Godwin led the effort in recent years to get the bust of Confederate Lt. Gen. Nathan Bedford Forrest put back at Old Live Oak Cemetery after it disappeared.

The bill would not have an effect on the Bedford bust because it is on private property – Confederate Circle – that was given to the United Daughters of the Confederacy by the city in the late 1800s.

The bill would affect monuments like the Bienville monument on Water Avenue, the Martin Luther King Jr. monument in front of Brown Chapel A.M.E. Church, the John Tillman Melvin monument on the corner of Lauderdale Street and Alabama Avenue and others. It would also stop the council from being able to rename a street after someone like it has in the past. All changes would go through a committee.

The bill is sponsored by Sen. Gerald Allen, who represents Lamar, Pickens and Tuscaloosa counties.