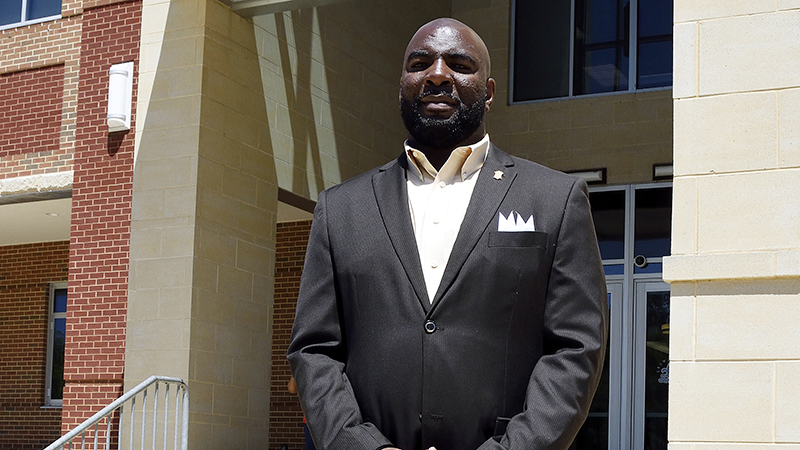 Heading back home was too good of an opportunity for Selma High School football coach Keon Handley to pass up.

Handley said he resigned as the school’s football coach Monday and will be hired at Fairfield High School, pending board approval. He graduated from Fairfield High in 1997.

“At this point in time, I felt there was a need to step down to be closer to family and let someone come in and run the program that can live in the area and invest a little more in the community and the community invest in them,” Handley said.

Handley officially took over Selma High’s football program in May 2016 and coached the team for one season. Selma went 1-9 this past year with a 20-6 win over Sumter Central in September. Fairfield is a 5A school and went 7-5 last year with a playoff win. Handley said it’ll be good to go home, but he knows expectations will be high.

“I’m a little nervous. High expectations. [Former coach] L.C. Cole did an outstanding job there,” Handley said. “They went to the second round of the playoffs, and they’ve got a core nucleus of guys coming back.”

The Selma High job was Handley’s first career head coaching job.  His family lives in Hoover, so he’s been driving back and forth every weekend. He will finish the school year at Selma High, but will begin coaching Fairfield’s spring practice on Monday. He taught math at Selma High.

“It was somewhat of a strain being a full-time math teacher and a full-time football coach at a 6A program,” Handley said.

Handley said he told Selma High’s players on Monday that he was leaving.

“Some of them, I saw the hurt in their faces. Others tried to be tough guys, but at the end of the day, my last statement to them was stay on track and stay on task,” Handley said. “Just like I tell them at the end of everything, I tell them I love them. That was the last moment that I will remember and share with those guys that I love each and every one of them.”

Handley attended Miles College and obtained a degree in mathematics education in 2005 and served in the United States Marine Corps Reserves. He started his coaching career at Fairfield as a volunteer before moving on to the now defunct Jess Lanier High School, where he served as an assistant from 2004-2007.

He then moved to Florida and coached at First Coast High School and Raines High School. From there, he took a break from coaching to serve as an administrator of a high school dropout program. In 2013, he got back into coaching at St. Stanislaus College, an all-boys Catholic school in Mississippi. From there, he served as the quarterbacks coach at Long Beach High School in Mississippi before taking the Selma High job in 2016.

Selma High athletic director Melissa White said there is no timetable for naming a replacement or an interim coach. Handley said the school will name an interim for spring training, which was scheduled to begin May 1.