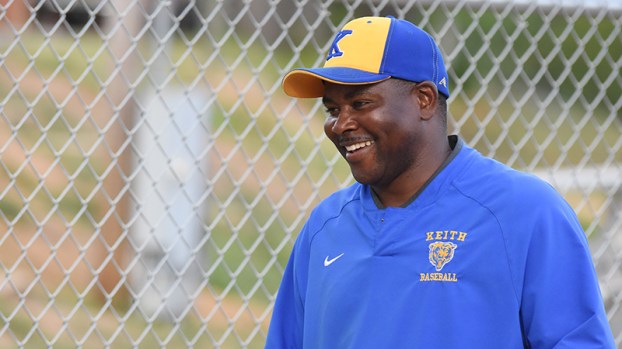 Here’s a look at the playoff series going on this weekend:
Dallas County

The Hornets have won three straight games heading into the playoffs and have looked like a completely different team behind the plate. After being one-hit by Demopolis — another playoff team in class 5A — Dallas County changed its batting approach.

The Hornets decided to start running for every strikeout, and since then they’ve only had four strikeouts in three games.

The Hornets have alternated starting pitchers Caleb Lester and Gabe Denson throughout the year and plan to utilize both of them on Friday against Charles Henderson. The AHSAA’s new pitching rule ensures a pitcher will get rest if he’s heavily used in a game, so Moore knows the key could be the third and fourth pitching options for both teams.

Dallas County has also relied on junior Andre Smith and freshman Octavious Palmer to pitch big innings. Dallas County has a couple of other pitchers as well, including Hunter Skinner, who pitched three innings in Tuesday’s win over Keith, and Cade Whitaker.  Moore said he’ll stick with the hot hand.

“It’s important for us to be as fresh as possible,” Moore said. “If one of the pitchers is in a really good groove, and we are really good defense behind them and scoring runs, we’ll go with it.”

Charles Henderson (16-11) enters off of a 7-3 loss to Brantley on Tuesday. Dallas County has lost 19 straight playoff game and hasn’t won a playoff game since 1997.

An if necessary game would take place on Saturday.
Keith

Sixteen months ago, Keith head baseball coach Anthony Lumpkin was just trying to organize the Bears’ baseball program. Keith hadn’t had a team since 1991, and last year was a tough one. Keith won just one game, but that one victory came at the end of the season and helped give a young team confidence.

This year the Bears aren’t just playing baseball — they’ll be playing playoff baseball. Keith finished second in class 2A, area 7 — helped by a couple of forfeits by Central Hayneville — and will play New Brockton (19-4) on Friday. The first game will start at 2 p.m. and will be followed by a second game at 4:30 p.m. An if necessary game would take place on Saturday.

“I told them when we first started the program that we aren’t just here just so we have baseball,” Lumpkin said. “I want to compete in everything I do. I want to be competitive.”

New Brockton is ranked No. 4 in the last Alabama Sports Writers Association poll of the year, so the Gamecocks are one of the favorites in class 2A.

“Their record speaks for itself. When you have [nearly] 20 wins and only [four] losses, it sounds like they are taking care of business,” Lumpkin said. “We are going to go down and throw our best ball and throw our best pitchers at them and see where the chips land.”

It’s fair to say the Bears, who haven’t been in the baseball playoffs since 1990, will be the underdogs Friday. Lumpkin is just fine with that.

“I believe in the guys. I know they can hit the ball,” Lumpkin said.

Junior Denzell Benjamin is leading the way is one of the leaders of the Bears’ offense. Seventh grader Anthony Lumpkin, who pitches, is also already playing a lot for Keith.

“We have got to make the routine plays,” Lumpkin said. “Get the outs we are supposed to get and help our pitcher out as much as we possibly can.”
Morgan Academy

Morgan Academy is back in the AISA playoffs and will face Lakeside School Friday in the first round at 1 p.m. A second game will follow and an if-necessary game would take place on Saturday.

Lakeside finished third in class AAA, region 1, while Morgan was second in region 2. The Senators won two games over Hooper Academy on Monday 10-0 and 4-0 to close the regular season.

Morgan won a game against top-ranked Glenwood in the first round of the AISA playoffs and will look to step forward by winning more than one playoff series this time around. The winner of the series will play Bessemer Academy.

The Southside football team is coming off its first playoff season since 2005. Now the goal is to show that... read more