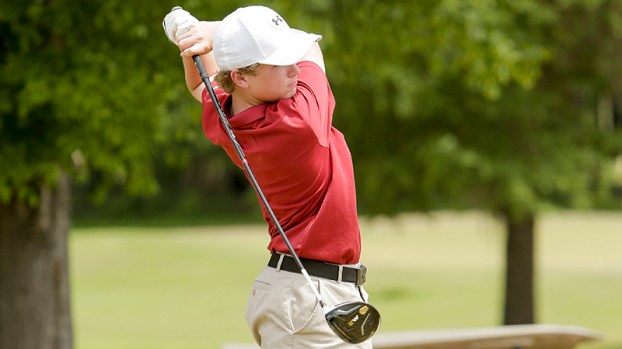 More than 70 golfers took to the course Wednesday for the Chamber of Commerce’s 20th annual golf tournament.

“The golf tournament is a big deal,” Nichols said. “It’s a great opportunity to get out and do some networking. It’s a great way to meet other leaders, movers and shakers in the Selma community that really come from every sector.”

Nichols said they had multiple sponsors, some of who even set up at a hole on the course with give-a-ways, promoting themselves and getting to know some of the players.

“It’s also a great way for businesses and organizations to get their logos and get their names out there,” Nichols said.

“It’s a great time, not only before t-off, but out on the course to really have some good conversations and get to know folks.”

Nichols said he enjoys being out at the tournament talking to people and hearing the needs of those in the community.

“I love the tournament because I love getting the opportunity to come out here to Valley Grande Golf Course,” Nichols said. “It’s a wonderful facility with some great folks.”

Linda Walker serves on the chamber board and said she enjoyed helping Wednesday and believes the tournament is a great way to support the chamber and community.

“The Chamber is good for everybody in the city and we need to support them,” Walker said.

Dexter DeRamus competed in the tournament for the first time and said he enjoyed the competition.

DeRamus said he played because he knew it was helping the chamber.

“The chamber is good for the city, so anything you can do to help the chamber, helps the city,” he said.

Prince Chestnut hoped more people would have gone to the polls Tuesday to vote in the District 67 House of... read more