G Mommas vote down to the wire 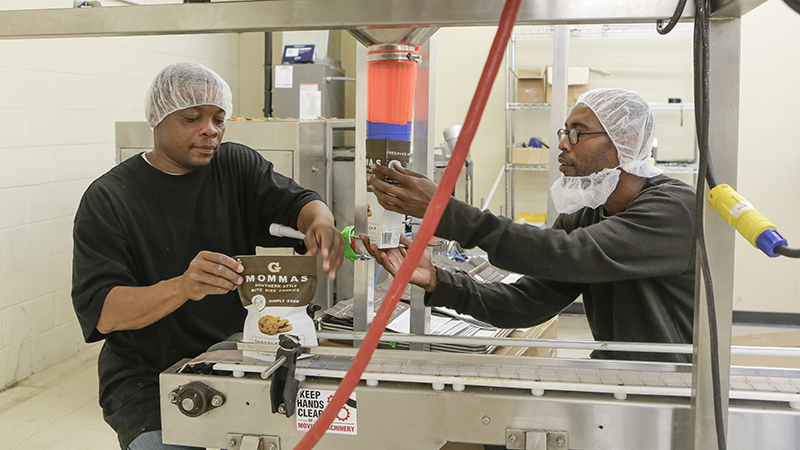 For the last few weeks, G Mommas Cookies has been competing in an online vote contest against four other business to win $1,000 in the Alabama Launchpad Startup Competition Audience Choice Video Contest.

The businesses are up for a much larger sum of money that requires them to have a final pitch on April 27, but the crowd favorite voting will end April 21.

“We were way ahead to start off. We were up over 500 votes and had a pretty comfortable lead,” said Robert Armstrong, founder of G Mommas.

“Next thing you know, we’re neck and neck.”

G Mommas has been in close competition with sunglass manufacturers Maho for first place.

For Armstrong, the support means watching the community that he grew up in come together to support him and his business.

“Everywhere I go people tell me they’re voting for me,” Armstrong said. “It’s pretty cool to see how everybody get rallied around it.”

The cash pool for the pitch contest is $250,000 and will be divided up based on what the judges see fit.

“I’m excited about the possibilities of what it could do for the business if we win,” he said.

Armstrong has several things in mind that he would like to use the funds for, and one of those is producing a new flavor of cookie.

He said they also hope to use funds for some new equipment and more marketing online and in stores.

“With the customers that I have, I want to grow with them,” Armstrong said. “That’s part of what the in-store marketing would do. It would help sales per store that we’re already in, which in turn would help us get into more stores.”

Armstrong said that he’s excited to have made it this far in the competition, and he’s thankful for the opportunity that the Alabama Launch Pad has provided for him.

“It’s cool that Alabama has this offered, because this could make or break a business,” he said.

“This comes at a very opportune time for us. I’m grateful and also excited about the possibilities of where I could take the business.”

As far as the vote is concerned, Armstrong said he is thankful to Selma for their help and he is just hoping for a strong final push.

“I appreciate Selma’s support,” Armstrong said. “I feel like I’m living my dream.”