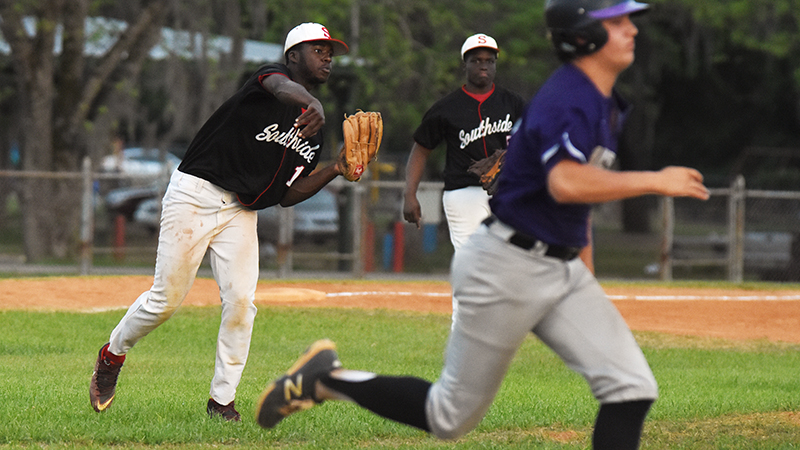 Following Friday’s game, Southside baseball coach Jon Solomon collected his team’s jerseys and hats. The Panthers entered Friday with no chance to make the playoffs, but had an opportunity to send out their three seniors with a win.

For a while, it looked like Southside (2-12) might do just that, but in the end errors and the inability to drive in more runs cost the Panthers in an 11-2 loss to Prattville Christian.

“We don’t have as much as depth as the other team,” Solomon said. “The new pitch count rules has taken its toll on the team, considering I have to put in people who have never pitched, so it’s something we have to work on and we have to put positions they aren’t comfortable in but they are willing to work.”

Southside pitcher Keterius Jones kept the Panthers ahead through three innings, but Prattville Christian’s bats came alive in the final four innings. Carson Clark scored on a passed ball to tie the game in the top of the fourth.

Benjamin Segars singled in the fifth to put Prattville ahead for good, but the Panthers were just getting started. Prattville added two more runs in the sixth and five in the seventh. Solomon said Jones wanted to finish the game, but he had to pull him in the seventh inning.

“He didn’t want to admit [he was tired]. He said he wanted to push through it,” Solomon said. “I had to go ahead and pull him. I think I might’ve done it too late but I appreciate his efforts. I’m sure he’d do the same thing for me again and again.”

Southside’s three seniors were DeQuan Johnson, Jamarcus Johnson and Marquell Hall. They played their final games in a Panthers’ baseball uniform on Friday.

“I’m going to do something for them in front of the school to show my appreciation,” Solomon said.