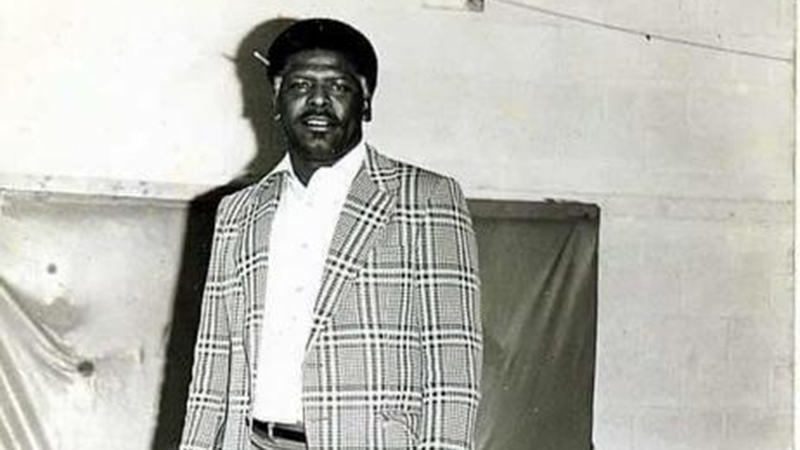 Coach Andrew A. Sewell poses for a photo while he was a coach at Selma High School.

Andrew A. Sewell was known by many as “Coach Sewell” on the sidelines or “Bo Diddley” on the court, but he was more than just a great coach or a star athlete. He was also a family man, a teacher and a role model that left a lasting impact on the lives he touched.

He was married to Nancy Gardner Sewell in 1963 and had four children, Mary, Terri, Andrew and Anthony. He had three grandchildren, Neshambia “Mooch” Sewell, Taylor Gray Sewell and Carter Andrew Sewell.

Sewell taught math and coached basketball, football and golf for 36 years. It is evident how much of an impact he had on his players because of the characteristics he instilled in them on the court and in the classroom.

“He was a mentor to me. He really helped me become the man I am today. He’s one reason why I’m coaching now,” said Randolph Robinson, who coaches the boys’ junior varsity team at Selma High School.

Robinson played for Sewell from 1976-1977 when he was an assistant coach. In 1977, the Saints went on to win the Class 4A State Championship, but Robinson said it wouldn’t have been possible without Sewell rallying the team when they got down in a game against Jeff Davis.

“We got down about 12 points about midway through the third quarter. Coach Booth called time out, and we were all looking at each other,” Robinson said.

“I’ll never forget what [Coach Sewell] told us. ‘Remember one thing. A winner never quits. A loser always quits. And if you want to be successful, this is the time you’ve got to understand you’re going to come up against adversity, and that’s what makes you a man.’”

Robinson said the team came back and won the game, and they eventually won the title that season. Anthony Moore also played on that team.

“Everybody wanted to play for coach Sewell. He was a hell of a football coach, but he had the passion for basketball,” Moore said. “Coach Sewell was basically the disciplinarian on our squad. Coach Booth would draw the plays up. Coach Sewell made sure we ran the plays properly.”

During his coaching career, Sewell compiled a record of 465 wins and only 161 losses. He led the Saints to two state runner-up finishes and two third place finishes and seven back to back 20-win seasons.

Sewell wasn’t just a great coach though; he taught his players how to be good men.

“He worked us hard, he did that, but he was a good person,” Robinson said. “You could go to him with a problem at school, and he would listen to you. Whenever we needed him he was always there. Not one time did he ever turn any of us around if we needed to talk or needed him.”

Marcus Hannah, who played for Sewell from 1984-1986, said Sewell left a lasting impression on the community.

“He was a pillar of success and strength. He was a giant in the community, and everybody knows A.A. Sewell,” Hannah smiled. “There are several people that were influential in my life, but he was one of the ones that if he wasn’t there I probably wouldn’t be where I am today. He was a Godsend, and you can’t find too many men like him in the community.”

Sewell retired from coaching in 1989 after suffering a stroke, but he continued to teach math until he retired completely in 1997.

Funeral services will be held Saturday, April 15, 2017, at 9 a.m. at Queen of Peace Catholic Church, and a tribute and celebration of life memorial service will be held at 11 a.m. in the Selma High School Auditorium.