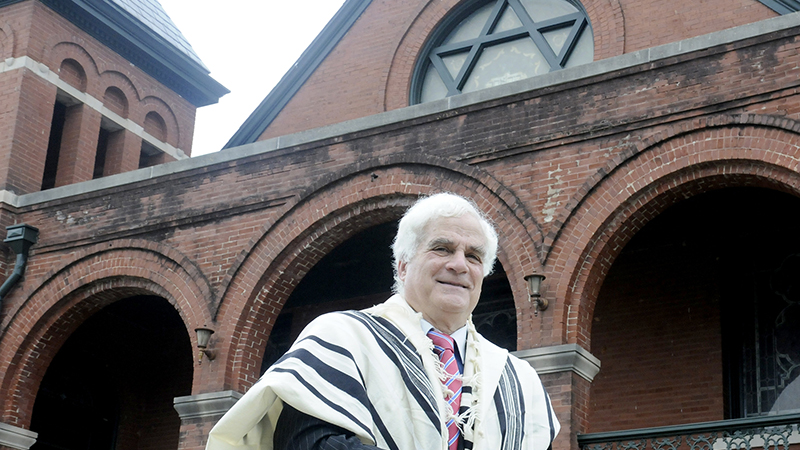 Steve Grossman, a leader of the local Jewish faith, was killed Monday night in an accident on Dallas Avenue.

Steve Grossman, a supporter of Selma arts and leader of the city’s Jewish population, died Monday night in an accident on Dallas Avenue.

According to investigators with the Selma Police Department, Grossman was struck and killed by a vehicle while walking near the intersection of Dallas Avenue and Al Joe Curve around 10:30 p.m. Police believe Grossman might have been trying to get a pet dog out of the road when he was hit.

Grossman died at the scene, while the driver of the vehicle was not injured. No foul play is suspect, and the death is being investigated as an accident, according to the SPD.

Grossman, who grew up a Conservative Jew, is being remembered for his leadership at Temple Mishkan Israel.

“His knowledge of our religion was extensive. He knew our religion extremely well,” said Ronnie Leet, another leader of the Jewish community.

Grossman spoke fluent Hebrew and was often called about to serve as a lay leader for services during times like High Holy Days.

“He was the person we turned to to help us with our services,” Leet said. “He was our lay leader, our spiritual lay leader.”

Leet said Grossman’s experience allowed Jewish people in Selma to enjoy important services close to home rather than having to travel to larger cities.

“We always loved to have our services at Temple Mishkan Israel because that’s where we grew up,” Leet said. “Steve allowed us to do that because he was able to perform the duties of what a rabbi would perform. We leaned on him a lot. He’s going to be missed by us.”

Grossman also shared his faith with others, regularly teaching classes on Judaism, Israel and other related topics on Saturday mornings at the temple.

He was involved in the arts community, serving up until last year as treasurer of the Selma Art Guild. Guild co-president Karen Weir said Grossman was a key supporter and, in addition to his work as treasurer, came up with several new ideas for the guild, like a cake decorating contest and helped with the Plein air art sale during Pilgrimage.

“He did a wonderful job for us as treasurer for several years,” Weir said. “He was on the board and took care of all the money parts for the Selma Art Guild. He helped give ideas, enthusiastically.”

“He was helpful generally. We are really appreciative. He was a real asset for us, and we are really going to miss him,” Weir said.

Grossman was a native of Waterbury, Connecticut, and graduated from Columbia University in New York in 1964. He returned to Columbia to earn a master’s degree at the School of International and Public Affairs with a certificate in African studies, which started a life-long love of the continent.

Grossman worked in Africa for several months before coming back to Columbia to further study business. An early job was as a management consultant, which allowed him to continue work in Africa, according to his brother Peter Grossman.

Grossman and his family lived abroad for several years before coming back to the states and beginning work for a company doing investment banking. After several years, Peter Grossman said his brother decided it was time to buy a business of his own and the American Candy Company was chosen.

“They decided they really wanted to own a business and not just pick out ones for other people to run,” Peter Grossman said.

Grossman left the company and Selma later in the 1990s and moved to Hawaii, where he married his wife Laura, who he met during his time in Selma.

Laura said years after leaving the American Candy Company, which at one time had hundreds of employees, that people would walk up to Steve and tell him they used to work for him.

“There are a lot of people who worked with him for many, many years. To this day, people would walk up to him in Walmart and say, ‘I worked with American Candy.’ He might not remember a name, but he remembers faces.”

The Grossmans came back to Selma after a few years, and Steve served as president of a company that was making microwavable snacks.

“He had some early success, but it never got to the point he hoped it would,” Peter Grossman said.

Steve and Laura also operated a frame shop in Selma for a time.

Grossman’s funeral will be Friday morning at 11 a.m. at Old Live Oak Cemetery. A reception will follow at Temple Mishkan Israel on Broad Street.

He is survived by his wife, Laura; children, Erik, Jeremiah, Xena-Shira and Preston; and four grandchildren.