Coach of the Year: Harris continued run of success at Selma High 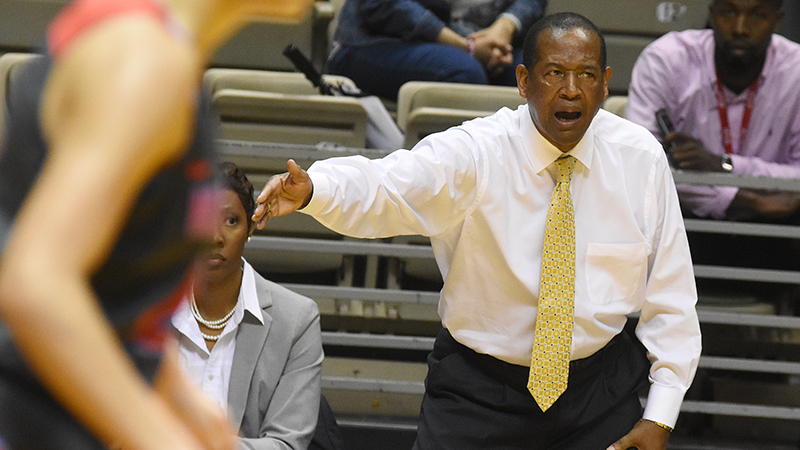 For over a decade, Selma High School girls’ basketball coach Anthony Harris has been known as one of the top coaches in the Black Belt.

This year he’s being recognized as the top girls’ basketball coach in Dallas County.

Harris is the Times-Journal’s 2017 Girls Basketball Coach of the Year after leading the Saints to a 27-3 record this year, including a trip to Montgomery for the state quarterfinals.

“There are some other good coaches, great coaches that have done some great things out there with their kids. I just have had the luxury to be one or two kids better,” Harris said. “I accept this honor and embrace it, and I appreciate those that chose to recognize me to be one of the better city/county coaches, somebody to look up to and as somebody who has done some good things.”

Harris has served as the head girls’ basketball coach at Selma High School for 14 years and has led the team to Birmingham twice during deep playoff runs. This year the Saints lost to Hillcrest-Tuscaloosa in Montgomery in the 6A Regional final in a close 46-41 loss.

It was the team’s 14th consecutive season of 20 plus wins, the longest win streak of its kind in Dallas County for any basketball team, regardless of gender. It also figures to be one of the longer streaks statewide.

For years, Harris has hinted at retiring his run as girls’ basketball coach for Selma High, but he said he plans on being back again next year for his 15th year.

“Every time I get thinking about trying to leave, one of the kids will say coach, will you stay and see me out of here?” Harris said. “With God’s will and strength, I’ll be returning next year.”

Harris said a lot of the team’s success is owed to the other coaches on his staff, Melissa White and Darrel Davis.

After a month off, he is starting to shift his focus to next year, when the team will be without graduating seniors Jamya Smith, Jacquetta Dailey and Areyana Williams.

“We are going to lose three great ones, and we might have to change the formula a little bit,” Harris said.