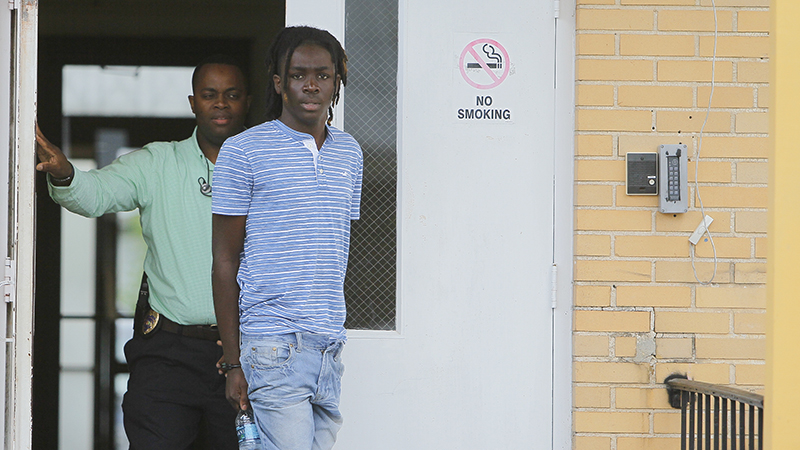 Christopher Boswell, 18, faces charges of assault and discharging a firearm into an unoccupied building following a car chase and crash earlier this month.

An 18-year-old Selma man faces multiple felony charges for his alleged involvement in a high-speed chase that ended in a head-on collision on Broad Street earlier this month.

Christopher Boswell has been charged with two counts of first-degree assault and one count of discharging a firearm into an unoccupied building. He is being held at the Dallas County Jail on bonds totaling $180,000.

The charges stem from an incident that Lt. Tory Neely with the Selma Police Department said started at a restaurant on the 800 block of Broad Street on March 5.

“Two groups of guys got into it. One of them accused another one of shooting their brother, Nicholas Bell, so they pulled guns on each other at Crown Chicken,” Neely said.

Bell was found shot to death in a car on the 100 block of Alabama Avenue at the backyard entrance of a Lamar Avenue home on Jan. 14. No arrest has been made in the case.

Neely said no shots were fired at the restaurant. Later on, an officer was at Selma Square Apartments on the 1200 block of Woodrow Avenue responding to a complaint.

“An officer was investigating a complaint from a mom saying, ‘Some guy is going to come and shoot up my son’s apartment,’” Neely said.

While the officer was talking with the woman, he heard shots fired nearby.

“He went around and met them and got into a car chase that led to a head-on collision,” he said. “One guy got thrown out of the car and hospitalized. The other guy took off running.”

Selma Police Chief Spencer Collier said there were two young women in the other car involved in the crash. The women were treated and have since been released.

Collier said officers were able to identify Boswell as the driver of the car and issued a warrant for his arrest. After checking for Boswell at a family member’s house multiple times since the incident, the family member surrendered Boswell to police.

“We kept going to the address looking for him morning, day and night, and I guess the relative eventually got agitated and brought him in,” Neely said.

Collier said the suspect that was ejected from the car during the crash is still in the hospital, but he will be charged once released.