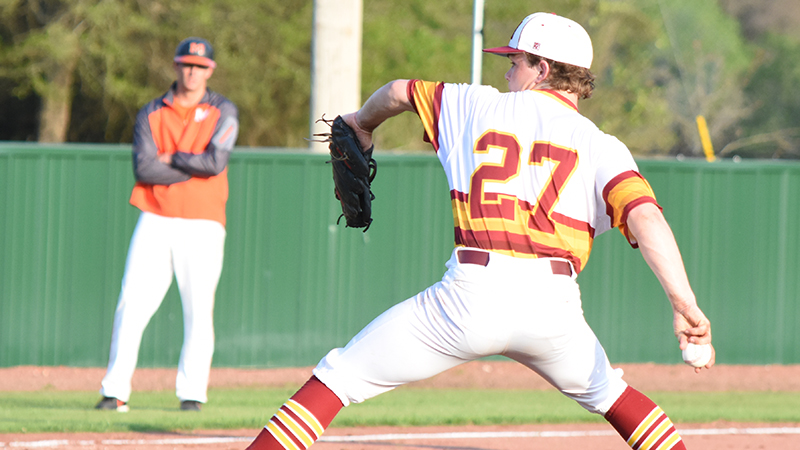 Morgan Academy scored more runs than Monroe Academy on Tuesday, but the Senators lost 3-2 in a baseball game that was finished after being stopped for rain earlier this year.

The Senators trailed 3-1 in the bottom of the fourth of a game played March 7 when it was called due to rain. The teams resumed the game Tuesday, and it set up for a great finish. Morgan’s Landon Davis singled to score Britton Adams for the only run scored on Tuesday, but it wasn’t enough in a one-run loss.

The teams were scheduled to play a second game on Tuesday night.

“We had a little come to Jesus meeting in right center field,” Thacker said. “I liked the look in their eye. We came in and we competed today and we’ll see what happens in game two.”

The Senators (12-5) had won their previous two games going into Tuesday’s game. Morgan won two games against Fort Dale on Friday 2-1 and 3-2.

Brayton Brown and Gunnar Henderson both pitched gems last week to get those wins.

Brown threw 6 2/3 innings in the first game with Fort Dale and threw six strikeouts. Henderson allowed only one run in seven innings and had four strikeouts.