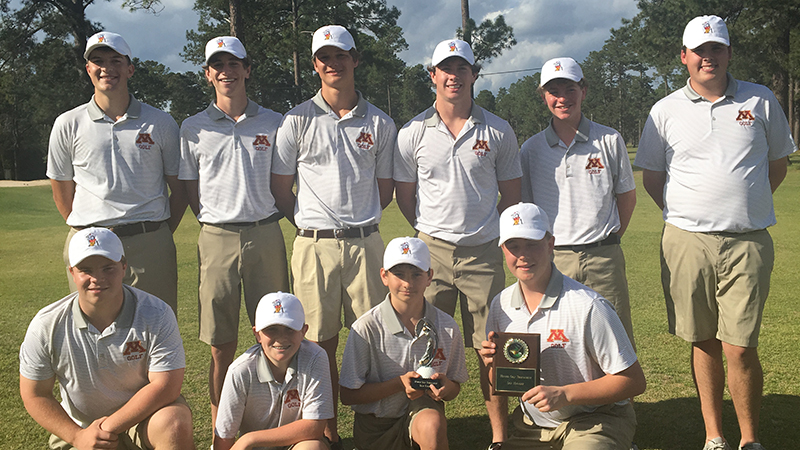 The Senators dominated the tournament with a team score of 290, well ahead of the rest of the field. Second place was technically Morgan Academy’s second team, which combined for a team score of 344.

The Senators were led by David Cothran, who shot 70, and was the low medalist in the tournament. He was one ahead of teammate Gus Colvin and three ahead of Thomas Morris. Jones Free finished fourth overall with a 76.

No other team had a player break 80 on Monday.

“Today, everybody on the team played a lot better overall, so we were happy with that,” said Morgan golf coach Ira Wagoner.

The Senators also had their final two players qualify for the Alabama Independent School Association state tournament, which will take place April 24-25. Colton Roberts and Arrington Mooney broke 90, which is how a player qualifies for the state tournament.

The Senators were coming off spring break last week, so Wagoner was surprised they played as well as they did.

“David Cothran went on a mission trip, some of them went snow skiing, so I was surprised they played as well they did after the week off,” Wagoner said.

The team plays at Wynlakes Golf Club in Montgomery Monday and will host a tournament on April 6 at Selma Country Club.