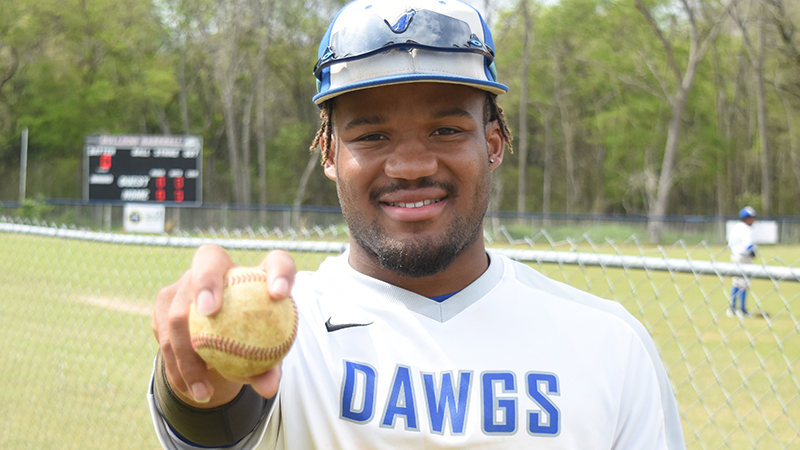 If things don’t work out for Ricky Butts on the baseball field, he hopes to be a sports photographer. Butts, a sophomore on the Selma University baseball team, certainly has an eye for sports, considering he’s one of the leaders on the Bulldogs.

He drove in two runs during Friday’s loss to Stillman College and tried to make a difference at shortstop, although he didn’t have a ton of balls come him way. His focus after the game was trying to make sure everyone stayed together.

“Even if we are losing like we lost today, if everybody has a great attitude and comes together, everybody is on the same page, we can win a lot of games,” Butts said. “We’ve got to work hard in practice and out of practice, night and day, when nobody is looking, nobody is watching. That’s how you get better.”

Butts, an Atlanta, Georgia native decided to attend Selma University after Bulldogs’ coach Adrian Holloway was the first coach to contact him. Plus, his faith is important to him.

“Selma University was a Christian school, and I wanted to get as close to God as possible,” he said. “That’s one of the big reasons I came here.”

Butts was never really into any other sports. He had bad knees growing up so he didn’t play basketball or football.

Bulldogs’ teammate Garrett Price has gotten him to try golf, but he’s still working on perfecting his swing.

His family lives in Atlanta, so they don’t get to see him play regularly, but they do make a couple of games each year.

He has hopes of turning baseball into a career, although he knows it’ll be hard. If it doesn’t work out, he plans to try to be a sports photographer. He doesn’t have a camera yet, but he plans for that to change soon.

“I’m going to get one next year,” Butts said. “I planned to get one this year but I didn’t have the funds to get one.”

For now, he’s focused on helping Selma University turn around what has been a 5-9 start to the year. There’s still plenty of time for the team to make the playoffs and claim a national championship later this spring.