Man who walked across America returns with book 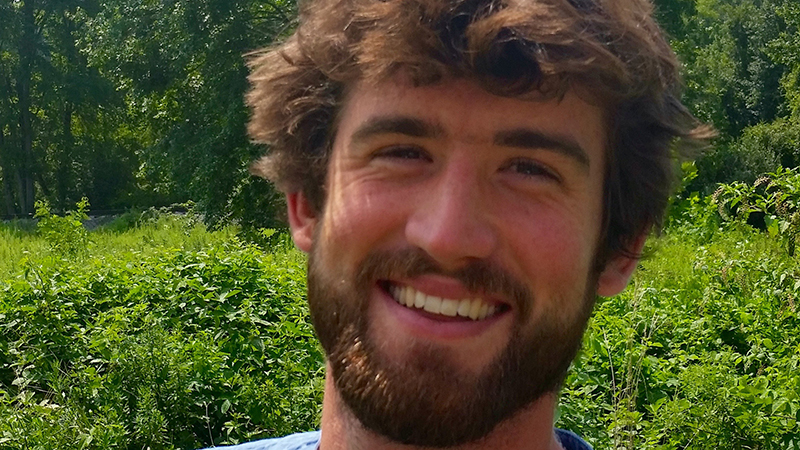 Andrew Forsthoefel visited Selma five years ago while walking across America. He has since written a book about the experience.

Andrew Forsthoefel spent 11 months in 2011-2012 walking across the country meeting and documenting people along his journey. He stopped in numerous states and communities during his hike and Selma is one he remembers fondly.

“Before diving into a career of any kind, I wanted to take some time to really walk answer some questions I had about myself and also America, like who are we as people,” Forsthoefel said. “I just wanted to meet as many different kinds of Americans as possible.”

Forsthoefel said he wanted to really get to know the people he spoke with and find out who they were and their experiences in life.

“I packed a backpack full of camping gear and an audio recorder, and I set out from my mom’s house outside of Philadelphia and I had a sign that said ‘Walking to Listen’ on my backpack,’” Forsthoefel said. “By the time I got to Montgomery, it was just a few days away from Martin Luther King Jr. Day, and Selma was a little out of my way … but it just seemed like the timing was too perfect to pass up.”

Forsthoefel said he didn’t want to miss the opportunity to walk the historic trail from the Selma to Montgomery voting rights march, in reverse.

“To me it felt like it would be an honor to do that, especially at that time of the year,” he said.

“So I took a little detour and it felt like a pilgrimage of its own. I could almost feel the marchers. I felt like all these decades later I was walking with them.”

Forsthoefel has since completed a book, “Walking to Listen: 4,000 Miles Across America, One Story at a Time” and is touring the country that he once walked across to share his stories and experiences. When the schedule was made for Forsthoefel’s book, there wasn’t a stop in Selma planned, but he was determined to make it back and share his stories in the Black Belt.

“When I found out there was a stop in Birmingham, I said I’ve got to go back [to Selma]. It was such a transformational time for me there and to come full circle just felt like the right thing to do,” Forsthoefel said. “It’s just me coming back in some ways just to say thank you.”

Forsthoefel said he isn’t sure the exact number of people from Selma that made it into his book, but that there is an entire chapter dedicated to the city.

“It was an incredible time in Selma,” Forsthoefel said. “I am so grateful to have been accepted in the way that I was there. When I showed up, people were just so eager to speak.”

Forstheofel will be at the Selma and Dallas County Public Library on Monday, March 27 from 4-5:30 p.m.

He will be telling stories from his walk, reading some passages from the book and just continuing the conversation and getting to know more people in the community.

Forsthoefel will also have books for sale and will be available to autograph them.