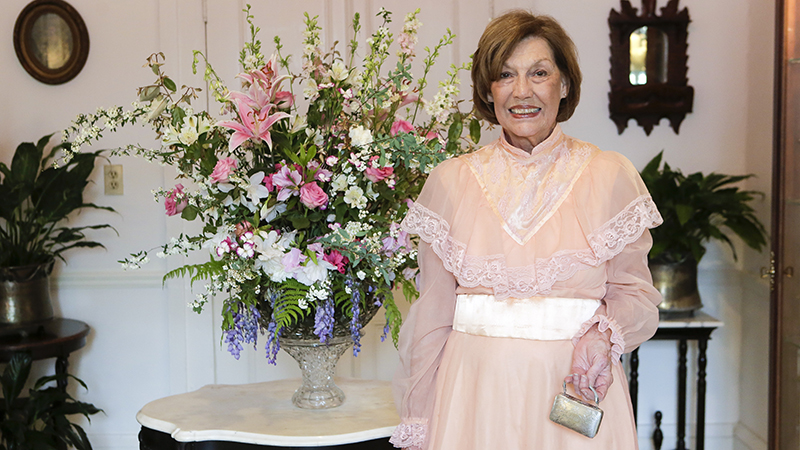 Kitty Kynard, home owner of the Gillis House, poses in her foyer during the Pilgrimage.

Most weekends in Selma visitors can drive through town and see historic homes from the outside, but this weekend the 42nd annual Historic Selma Pilgrimage gave people a look on the inside.

The Pilgrimage, put on by the Selma-Dallas County Historical Preservation Society, was Friday and Saturday, and the tour offered more than a dozen homes and other buildings for people to see and learn about.

The Pilgrimage started Friday with hundreds of people touring homes and a welcome reception at the Hain-Harrelson home in Sardis, which had not been a part of Pilgrimage in over a decade. It continued Saturday with more homes an even more visitors touring them despite the overcast weather and a sprinkle of rain.

“It’s been great,” said Gloria Simons, who visited Selma from Montgomery, as she just got done touring the Riggs-Morgan-Boyd house. “The people that are doing the interpretation are very knowledgeable, and then some of the actors, especially in the last house we were in, are really, really good.” 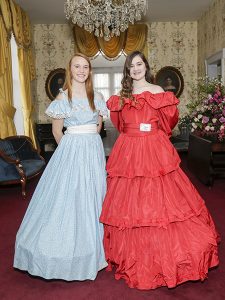 Simons was in town with her friend, Judy Fowler, who was visiting from Tennessee.

“I could die to be in an old house,” Fowler laughed. “Selma is fantastic, the whole city with the old buildings. We see a lot of work going on that they’re preserving them, and it’s fantastic.”

The two had already toured four different stops and were on their way to finish the locations open for the first half of the day Saturday.

Candi Duncan, who was selling tickets outside of the Vaughan-Smitherman Museum, said there had been a steady crowd both days.

“We’ve had a good, steady crowd here. The Vaughan-Smitherman Museum has three floors and it takes a long time to tour, so often time people will go to the houses and save this for last,” Duncan said.

“Yesterday was real good because of the proximity of the houses. We had people touring here right on up until after 4 p.m., which we closed at 4 p.m. It was real nice to put all the guides to work.”

Duncan, who remembers going to the first Pilgrimage, said it is great to be able to share all of the historic homes and buildings in Selma and Dallas County with others.

“It’s nice to entice people into being interested in older homes,” she said. “We have a lot of people that return every year. We have a group of sisters that are from different states, and they all meet here to go to the Pilgrimage because they enjoy it. We have a lot of couples that really enjoy it that drive here from other states.” 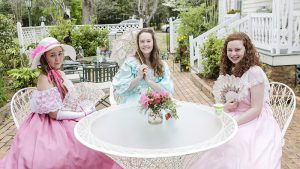 David Tipmore, who now owns the Hunter-Coffee-Tipmore house on Selma Avenue, said he was glad to be able to open his home up for people to see.

“I am glad to give back to Selma as a relative newcomer,” Tipmore said. “I’ve only lived in Selma for a year, and I don’t have a big family, so this is a way I can give back to the community, and it is a pleasure to be able to do that.”

He said he even learned a little about his house that he didn’t know beforehand.

“I’ve had previous owners’ families come through, and it was incredibly fun and heartwarming talking about the house,” Tipmore said. “They told me stories I would never have known had they not visited, so the experience has been very rewarding.”

The Pilgrimage ended Saturday afternoon with the Alabama Plein Air Artists Show at the Selma Art Guild. Paintings of homes and buildings that were painted Friday and Saturday were sold.