Athlete of the Week: Southside’s Johnson has high goals for senior season 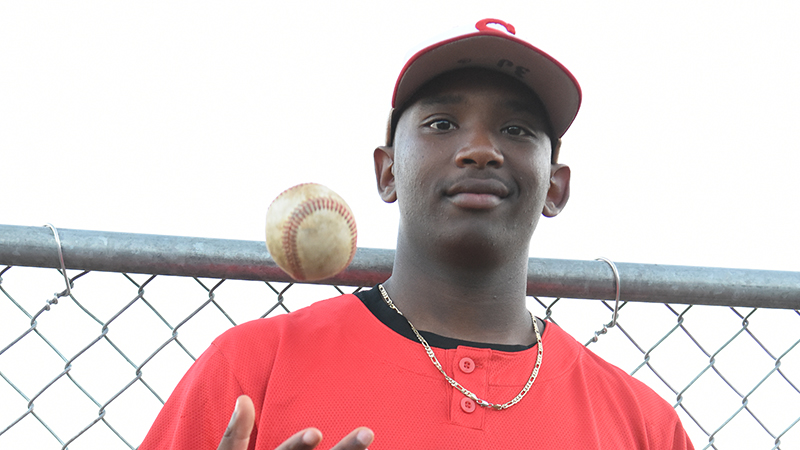 Throughout Friday night’s baseball game against Dallas County, Southside senior Jamarques Johnson remained upbeat. When the Panthers were on the field, he was yelling out encouragement from his spot near second base. When he was in the dugout, he was standing at the fence, cheering on his teammates.

Friday night’s activity was far from out of the ordinary though.

Southside’s goal this season is to make the 3A playoffs and Johnson, a second baseman, figures to play a large role in whether or not the team gets there. He said that’s why he stays completely focused on the game.

“I don’t want one little mistake to make us go down,” Johnson said.

When he’s not playing baseball, he enjoys activities most high school athletes enjoy — hanging out with friends, playing video games and lifting weights. After high school, he wants to attend the University of Alabama at Birmingham and go into the National Guard.

“I really want to make a career out of the military, but it’s still a choice I’m thinking about,” Johnson said.

He started playing baseball in fifth grade and was a natural. Without much practice, his talent showed early on.

Johnson didn’t play his ninth grade year and was injured his tenth grade year, so he didn’t play. As a junior, he picked back up the sport he loved and was reminded quickly why he enjoyed it so much.

Now, he’s trying to ensure he gets to play it competitively as long as he can. Southside’s season will end at some point this spring, but Johnson wants to play for as long as possible.

“I know my senior year is going fast but I don’t want it to dawn on me yet. I want to make this as long as it can be. Really that’s the reason I want to go to the playoffs,” Johnson said. “I really haven’t been thinking about my last game yet. I really don’t want to put it in my mind.”