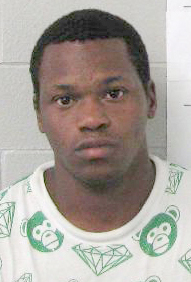 “Sexually abusing kids is a horrible crime,” Jackson said. “We are going to keep shipping these sexual predators off.”

Jackson said Bailey was sentenced to 204 months in prison.

Bailey’s arrest stemmed from a May 16, 2015, investigation into the sexual abuse of a child.

According to a police report, authorities were notified of the abuse when the victim and Bailey were given a ride by someone to Bailey’s residence. The report states when Bailey got out of the vehicle, the victim started crying and the driver could tell something was wrong.

The victim stayed in the vehicle and told the driver that Bailey sexually abused him. The driver recorded the conversation and took the victim to his parents’ home to inform them about what happened.

The victim’s parents took him to the hospital and reported the rape to police. The victim told police he was staying at Bailey’s house, who according to the report was the victim’s God brother, when the sexual abuse happened. He also stated that he was abused more than once.

According to a Times-Journal report, Sgt. Evelyn Ghant said Bailey knew the child through a church program.

Court records show Bailey was arrested in 2011 for first-degree rape, but Ghant said at the time of his arrest in 2015 the charges had been reduced.

Battle of Selma memorial service will go on