First Responder of Week: Hatfield has been with sheriff’s dept. 18 years 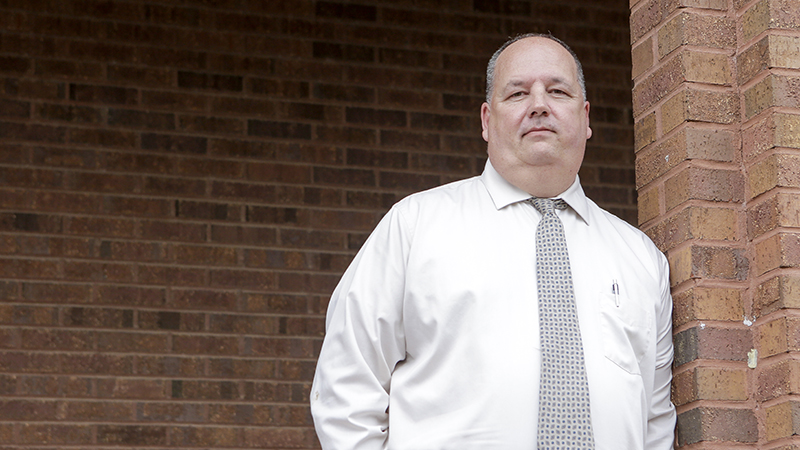 John Hatfield grew up in Dallas County, graduating from Dallas County High School and attending college at Wallace Community College Selma, where he played on the baseball team.

He knew he wanted to stay in the area as an adult and when the opportunity arose for him to become a patrolman for the Dallas County Sheriff’s Department, he jumped on it.

Lt. Hatfield started out nearly 18 years ago as a patrolman, worked his way up to the warrant division and has now been part of the criminal investigation division for 11 years.

Hatfield is married to Sheila and they have two daughters, Kelsie and Tori. Hatfield said until last year, he spent a lot of time outside of work with Tori as an assistant coach for the Dallas County High School softball team. Now, he spends time going to watch her play for Judson College.

Hatfield said he loves his job, and one of the reasons is because of the people that he serves alongside.

“These are very loyal people that we work with. We work with a good group from the sheriff to the chief to the whole floor,” he said. “We’re one big family.”

Another aspect of his job that he enjoys is actually solving a case, from breaking and entering to murder.

“I enjoy being able to get a case with no suspects and being able to develop suspects whether it be with property crimes or murder or anything, and being able to work cases down to a point where they end up putting someone in jail for violating the law,” Hatfield said. “Captain [Mike] Grantham and I actually worked a case where there was a murder and we actually ended up getting a conviction with no body. That was probably the coolest thing we’ve done. It was one of the most rewarding.”

Hatfield said his job means a lot to him, and he is thankful to be able to serve the community that he has called home his entire life.

“To me, besides my faith and my family, it would be the most important thing to me,” Hatfield said.

“I still love what I do and I’d do it all over again.”