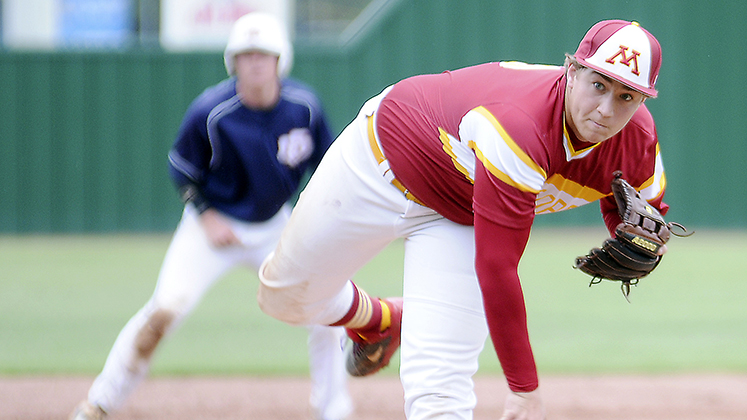 Morgan Academy will host 14 baseball teams and 19 softball teams from around the Alabama Independent School Association this weekend. Tournament games start at 8:15 a.m. on Friday and will continue throughout the day on Friday and Saturday. --File Photo

Morgan Academy will host its annual baseball and softball tournament Friday and Saturday at the school and at Bloch Park.

The Senators (6-0) will host Bessemer Academy at 9 a.m. at Morgan in the first game and will play Monroe Academy at 7 p.m. in the last game Friday. The Senators will also host Southern Academy Saturday at 3 p.m. at Bloch Park.

“This is more of a big playdate type thing, where we try to get in as many games as we can,” said Morgan athletic director and baseball coach Josh Thacker.

“Each team is guaranteed three games and we try to get everybody together, try to attract some great teams and get some guys some playing time.”

The Senators’ baseball team is still unbeaten after a 14-2 win over Clarke Prep on Monday. Thacker said this weekend will provide another test.

“We’ve been fortunate to jump out to a good start. We’ve had a lot of good things happen to us, we’ve had a lot of pitchers throw well and haven’t had to extend any pitchers or anything like that,” Thacker said.

“The defense has been going well behind us and the bats have been going well. Early on, we look good but right now we are getting into the meat of this tournament with a lot of premiere teams in it, a lot of teams you’re going to have to beat on the way to the playoffs to get where you need to go. Friday and Saturday will be a big measuring stick for us.”

Morgan will get a chance to see how they fare against some of the other elite teams from around the AISA.

“We inherited this great team, and it’s one of those things where they give you the keys to the car, just don’t wreck it,” said Thacker, who is in his first year at Morgan. “Of course, we try to impart our baseball knowledge on them and our own stamp on the team, but these guys have been playing together their whole lives… It’s fun to watch these guys play. They love the game, they play the game the right way and it’s just a joy to watch them.”

The softball teams will play pool play on Friday at the Sportsplex. Morgan will play Edgewood at 8:15 a.m., Jackson at 1:15 p.m. and Tuscaloosa at 4:45 p.m.  The softball tournament includes AISA defending state champions Macon East and Glenwood.

After pool play, the softball teams will play a single elimination tournament on Saturday.

Admission for each tournament is $7 per person.
Selma High School Tournament to take place at Dallas County High

“This is about just getting them some exposure, some live balls, live pitches,” said first year Selma head coach Clifford Matthews. “Just experience. We have a lot of young guys. We gelled R.B. Hudson with Selma High so we are a seventh-twelfth grade team now.”

Dallas County will play Carver at 11 a.m. Saturday and Southside will take on Verbena at 1 p.m. The tournament is being run by Selma High, but will be played at Dallas County High. Since Morgan was hosting its tournament and using Bloch Park, where Selma usually plays its home games, Dallas County took on the role as host school.

“Coach Moore is a good guy, we were in a jam. With him being a more mature athletic director and everything, he helped us out,” Matthews said.

Selma has played only one game this year, a loss to Dallas County earlier this week. Matthews said his team still lacks pitching, but this tournament is a chance for a lot of guys to play in a short amount of time.

“It doesn’t matter who is on the other side of the plate,” Matthews said. “We just want the other team just to have an opponent.”

Admission is $5 per day.