A 26-year-old Selma man sought by the Dallas County Sheriff’s Department for allegedly shooting another man in January is also wanted by the Selma Police Department for questioning. 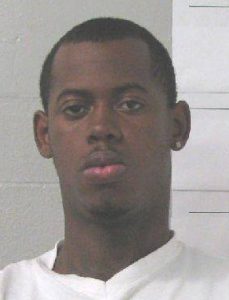 Demarious Reshad Pullom, who goes by the nickname “Sleepy,” is wanted for first-degree assault for allegedly shooting into a truck at Craig Field and injuring the 33-year-old driver on Jan. 26.

Capt. Mike Granthum with the Dallas County Sheriff’s Department, said Pullom drove past the victim’s truck, stopped, got out of the car and fired shots at the truck.

“One of the bullets went through the driver’s side window and struck the subject in the arm,” Granthum said. “He drove himself to the hospital, and he has recovered.”

Granthum said Pullom has been positively identified as the shooter in this case, but this incident is not the only one Pullom is allegedly involved in.

“He’s also a suspect in other area shootings in Dallas County and the surrounding areas,” Granthum said. “He knows he has a warrant on him. He’s done this type of behavior before. He’s gone to prison for it.”

According to a post on the Selma Police Department’s Facebook page, Pullom is connected to multiple shootings in the Selmont area.

Dallas County District Attorney Michael Jackson said Pullom, who has a criminal history, has a murder charge and an attempted murder charge that are still pending.

“He’s another one of Dallas County’s most wanted,” Jackson said, adding Pullom had recently been released from prison. “He’s a very violent guy.”

Court records show Pullom has been arrested in the past for attempted murder, discharging a firearm into an occupied building or vehicle, assault, robbery and murder. 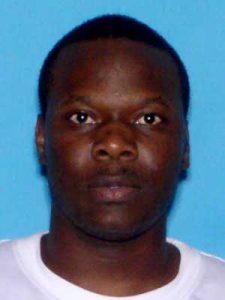 Granthum said investigators believe the shootings Pullom is allegedly involved in are retaliation in an on-going dispute.

Pullom is believed to still be in the area.

“We know for a fact he was seen yesterday in this area. We’ve been getting calls frequently,” Granthum said. “Of course, he’s one step ahead of us right now, but we’re deploying all of our resources, and he will be behind bars soon, real soon.”

The Selma Police Department is also looking for Jarron Stallworth, who is wanted in connection to multiple shootings in Selma. Stallworth also has a criminal history. According to a previous Times-Journal report, he was charged in 2012 with attempted murder for allegedly trying to burn down someone’s house and shooting at them on Alabama Avenue. He was also charged with assault for allegedly attacking a witness in a murder trial involving his brother, Tyrone Stallworth.

First responder of the week: Moten new to Selma…