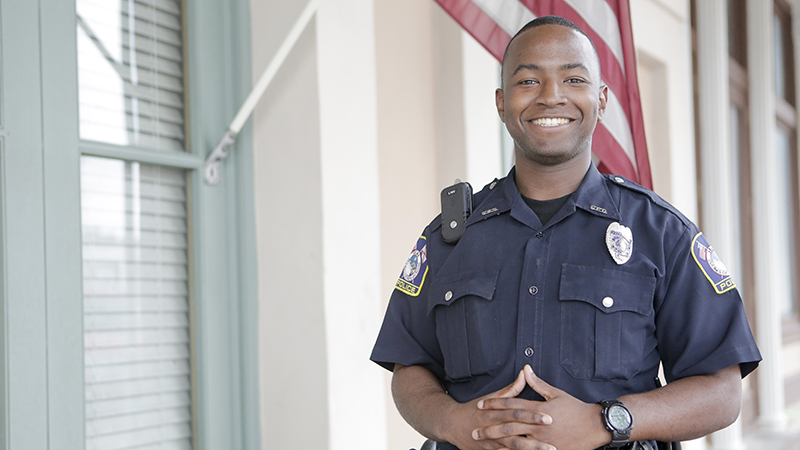 Officer Roddrekus Moten with the Selma Police Department may not have much time on the job, but he’s ready to hit the ground running.

Moten graduated from the Police Academy in December and has been riding along with Officer Mark Neely to learn the ins and outs of the Selma Police Department.

Being a police officer is something Moten has wanted to do since he was 10 years old.

“It was something I wanted to do as a child. My mother was a security guard, and I liked the environment,” Moten said. “She also wanted to be an officer, so I just followed in her footsteps.”

Moten graduated from Southside High School in 2013, after enrolling in the Army National Guard in 2012.

“It’s kind of hard to adjust because you have to switch from police to military and then you have to know when to turn off both at the same time when you get home,” Moten said.

While nearing his graduation from the academy, Moten was shot in the foot in a freak drive by accident.”

Overall, Moten said he has enjoyed his time with the SPD and he is looking forward to everything to come.

“Right now, I like it. It’s fun and I enjoy working with the people and getting to know everyone and getting to know the city of Selma,” Moten said. “I’m kind of anxious to see what it’s going to be like on my own. I’m just waiting to see. I can definitely see it being a long-term career.”