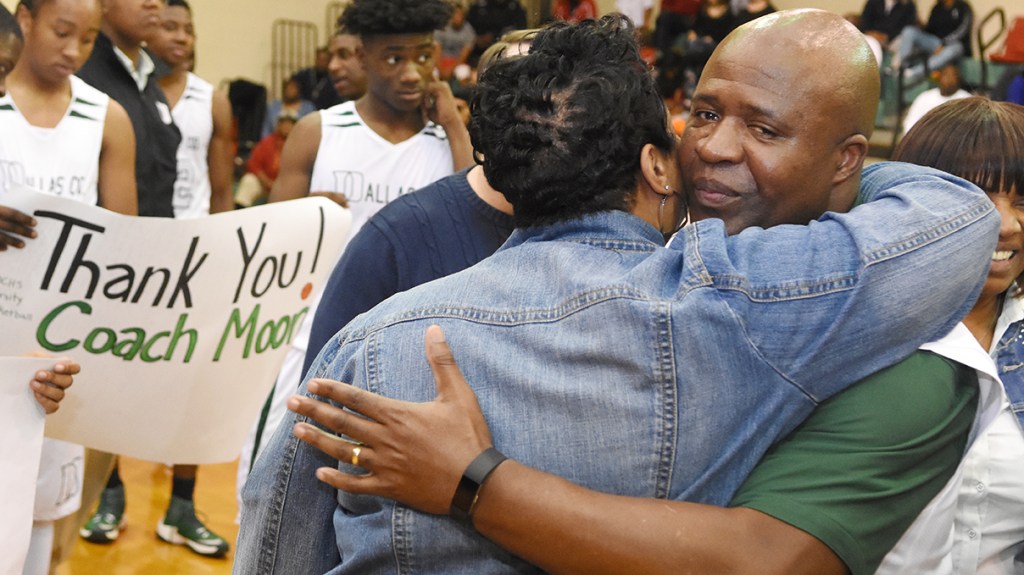 Throughout Willie Moore’s coaching career, he’s had a knack for pushing the right buttons or calling up the right plays, even on nights when his team didn’t play well. On Tuesday night, it just wasn’t meant to be.

Moore’s Hornets nearly rallied from a 19-point deficit, only to fall to Central Tuscaloosa 74-63 in a sub-regional game.  Dallas County’s season ended with the defeat and so did Moore’s basketball coaching days. He’ll still lead the Hornets’ baseball season this spring, but his time coaching basketball are over. He’ll now turn his attention to the administrative duties of his job.

“We got so far down that we had to expend so much energy trying to get back in the game,” Moore said. “We cut it to two and had three possessions to take the lead and couldn’t do it.”

Multiple times Dallas County closed within seven in the second half, but the Hornets couldn’t give closer than that.

“I hurt for the seniors because they wanted to win. Like I told them, we both went home tonight,” Moore said. “I told our kids, we had a really good season, especially coming off last year. We were able to get us back on the right track and hopefully that will spearhead it for next year.”

Moore said it probably won’t sink in that he’s not coaching basketball any more until the summer, when someone else is leading the team through practices.

“I’m just real appreciative of the opportunity I’ve had at all the schools I’ve coached at, in particular Dallas County,” Moore said.

The Hornets were led by Kedrick Wilson and Josh Benford, who each scored 17 points. Octavious Palmer was also in double figures with 13 points.

Selma girls roll past Benjamin Russell and into Central…