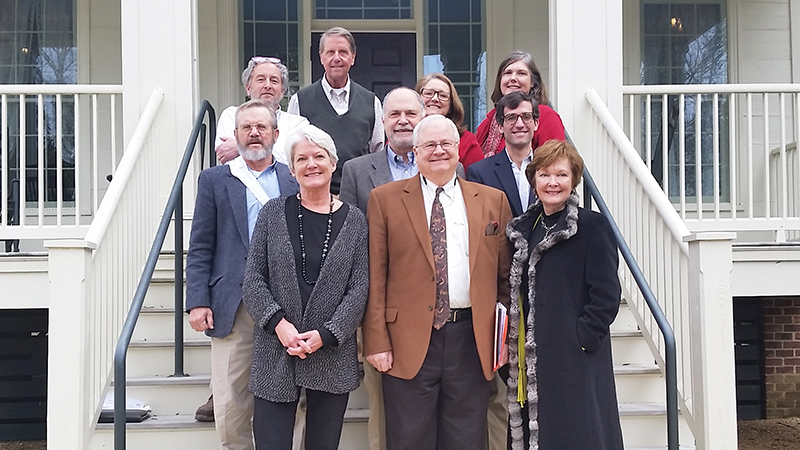 After finishing the first phase of its capital campaign, the Cahaba Foundation is ready to hit the ground running on the second phase to ‘remember, reclaim and restore’ the grounds of Alabama’s first state capital.

The foundation was founded in 2008 by Daniel J. Meador, who spent much of his childhood at Old Cahawba, to generate funding to help preserve and protect the historic archaeological site.

“Everything that we’ve accomplished in the last 10 years has really been due to them,” said site director Linda Derry. “That was about the time a lot of state money dried up, so it’s like the perfect public-private partnership.”

Meador, who passed away in 2012, was the foundation’s first president. That role is now filled by Florence Young, who is a descendant of one of the first residents of Old Cahawba, General John Scott. She was re-elected president during the foundation’s annual meeting at the end of January.

Although Meador passed away, Young said the foundation has continued to carry on his dream.

“I’ve given my heart to the project, and I have learned so much in the time I’ve spent at the park,” she said. “I believe in the dream. It’s too important to let it be neglected and not protected.”

Selma natives Ralph Hobbs and Gary Anderson serve as officers as well. Hobbs was re-elected as immediate past president, and Anderson was elected as secretary-treasurer.

Hobbs, who served as president for several years, said he helped Meador start the foundation.

“Dan called me, and he proposed that he wanted us to form the foundation,” Hobbs said. “So he and I incorporated and formed the Cahaba Foundation on Jan. 31, 2008.”

The foundation is responsible for seeking financial support from individuals, corporations and foundations. Young said phase one was a success, which raised $1 million.

The first phase was focused on acquiring land. At the time, the state only owned 65 percent of the land of the original town.

“Dan set out the vision that he saw for us, and it centered upon the need to acquire and incorporate land because so much of it was privately owned,” Hobbs said. “Our initial focus was to buy land, to raise money with a statewide presence to purchase land.”

With the exception of three tracts, the rest of the land is now owned by the state, meaning phase one is nearly complete.

“This was their goal, and they stuck to it,” Derry said. “I was worried that we might lose them since they accomplished their goal, but now they’re setting new goals.”

Phase two, which has a goal of $500,000, is focused on constructing an entrance to secure the park, landscaping, trail development, way-finding signage, an open-air classroom and additional bathrooms at the welcome center.

“If we can get that educational classroom and we can get the bathrooms, this can be a regular stop for anybody in this area to learn about the importance of Cahawba and our state’s history,” Hobbs said.

Young said the foundation has already secured one major donor to make phase two a dream come true, but they are asking others to pitch in as well.

“We feel very good about the second campaign, and we are planning this spring to have a ground breaking of our entrance,” Young said. ”We’re reaching out to all citizens of Alabama.”

The second phase launched at the end of 2016, and the foundation is in the process of seeking donors.

The board is made up of 14 people from across the state of Alabama, including one member in Atlanta. For information on how to donate, visit the foundation’s website at www.cahabafoundation.org.