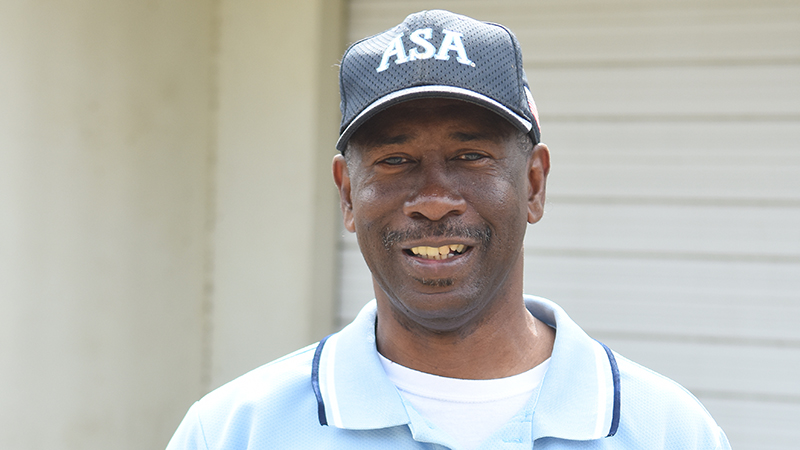 If you attend a game Terry Jackson officiates, it won’t be long before you’ll hear someone in the crowd start calling out his nickname.

“You missed that call PeeWee. Come on PeeWee,” is repeated numerous times throughout games he referees or umpires. That’s just the nature of being a longtime official in a small town.

“Every school I go to around me folks know me.”

After nearly four decades calling games for numerous organizations, Jackson is getting his due. He’ll be inducted into the Alabama Amateur Softball Association Hall of Fame on March 4.

During his time as an umpire for the ASA, he worked six national tournaments, which took place all over the country.

“It really is special to get into the Hall of Fame because when you umpire you umpire with a lot of guys. In the national tournament, you umpire with guys from all over the United States,” Jackson said. “I umpired with guys from California, Georgia, Texas, Cleveland, Ohio. They come from everywhere. When you get to the national tournament, you have teams from all over the United States.”

In 1996, Jackson played on a softball team that made it to the national tournament, but he also got picked to call games as an umpire. He had to choose between the two, but chose to work the tournament.

“I had a choice to make, whether I was going to play or umpire,” Jackson said. “It was a glory for me to get elected to go to the tournament and you’ve got 106 teams from all across the United States.”

“You’ve got to have a wife that understands because you are away from home all the time,” Jackson said of his wife Nancy.

Gerald Barron serves as the city’s baseball coordinator now, but he’s also a longtime official and umpire. He grew up playing in games that Jackson umpired and now works with him at the Selma Parks and Recreation Department.

“He has a very good understanding of the game,” Barron said.

Louis Adkison, better known as “Country Boy,” is on the selection committee for the ASA Hall of Fame. Jackson said Adkison has been vocal about getting him in the hall.

“Terry fought the mosquitoes in Montgomery, gnats in Dothan, red bugs and ticks in Tuscaloosa and hot weather in Gadsden, while earning the right to become a member of the Hall of Fame,” Adkison wrote in a letter to the Times-Journal.

The induction ceremony will take place at the Belk Center in Tuscaloosa, starting with social hour at 3 p.m. The cost to attend is $35 per person.

For more information, call Adkison at (334) 872-6004. Any ticket purchases have to be made in advance due to catering the meal.

Earning her stripes: Witherspoon does it all for Dallas…