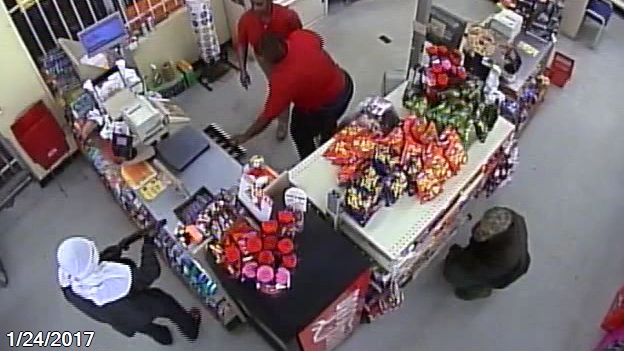 The Selma Police Department released footage from an armed robbery at the Family Dollar store on Broad Street Tuesday night.

Two Selma teenagers have been arrested for a string of armed, violent robberies and a third suspect has been identified by the Selma Police Department. 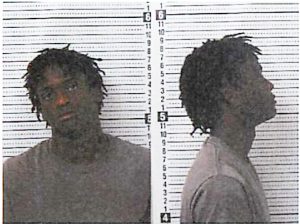 Joshua Hardy, 19, was charged with multiple counts of robbery and assault charges in a string of robberies. 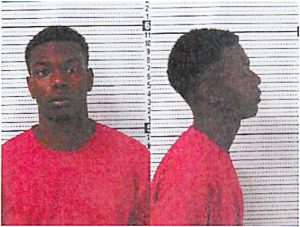 Orlando Chaney, 19, was charged with multiple counts of robbery and assault charges in a string of robberies.

Lorenzo Butler, who is considered at large and dangerous, has been identified as the third suspect. 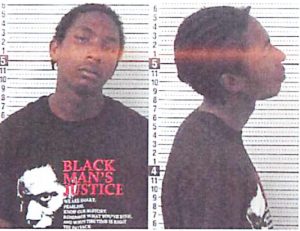 Lorenzo Butler has been identified as the third suspect in a string of violent robberies. He is considered at-large and dangerous.

According to District Attorney Michael Jackson, the trio was responsible for robberies dating back to last September and most recently robbed a Family Dollar store on Broad Street and a pastor and two deacons at gunpoint at Morning Star Missionary Baptist Church on Buckeye Avenue.

“There is a big relief in the community that these guys have been arrested,” Jackson said. “These guys were Selma’s most wanted criminals running around, and they needed to be off the streets and to stay off the streets.”

Hardy and Chaney appeared in court Thursday for arraignment. They were each given a $5 million bond by District Judge Robert Armstrong.

Jackson said there were several victims of the robberies at the hearing, and they all shared a sense of relief knowing two of the three suspects that allegedly robbed them are behind bars.

The Family Dollar robbery was caught on video surveillance, which was first released at the request of The Selma Times-Journal.

It happened the night of Jan. 24 around 6:40 p.m. as two customers were leaving the store. Surveillance cameras caught two masked gunmen enter the store, and a third outside.

The video shows the suspect with the shotgun point the weapon at store employees while walking around the counter and demanding money. As one employee appears to be trying to open the register, the suspect strikes her on the back of the head with the butt of the gun, all while the suspect with the extended magazine stands guard at the door. The other was outside the front door forcing one of the customers to empty his pockets.

After the suspect with the shotgun goes back around the counter, an employee goes to another register and opens it. The suspect was caught on camera stuffing the cash in his pockets and fleeing the scene.

According to Lt. Tory Neely with the Selma Police Department, multiple shots were fired during the altercation. He said one shot was fired at the cash register, and others were fired outside of the store.

The church robbery happened just two days later after an annual church board meeting. The Rev. B.T. Booker and two of his deacons had just locked up after the meeting ended. As they were headed to their cars, Booker said they were approached by three masked gunmen.

“By the time we got down to our cars, those bandits had come from the front of the church with masks on,” Booker said. “They were right on us with assault weapons.”

Booker said after the three gunmen took what they had, they then forced them to line up to be shot.

“They told us to line up that they were going to blow our brains out,” Booker said. “We were pleading for our lives.”

Booker said one suspect said not to shoot them, and all three fled the scene.

The church has since canceled nighttime meetings and discussed changing security measures during church hours.

“They were very violent,” Jackson said. “They had no problem threatening to kill people, and these were gunslingers that the public really needed to be concerned about because until they got arrested, they were not going to stop.”

Jackson said preliminary hearings have been scheduled for March 7 for both Chaney and Hardy.

Collier taking it step by step