Collier taking it step by step 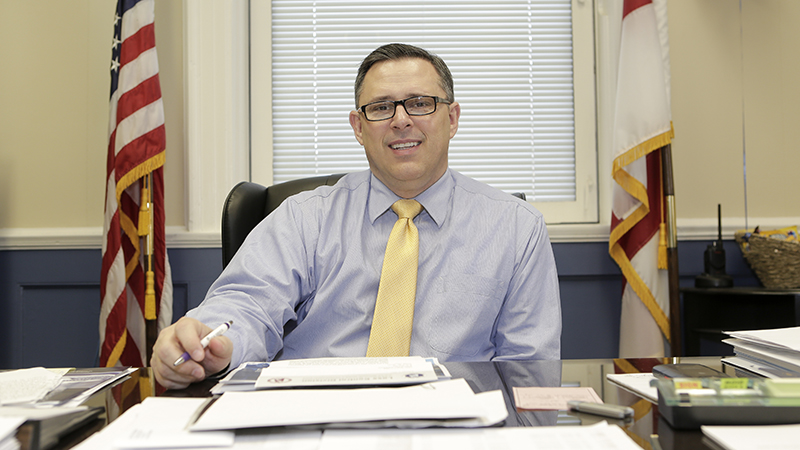 Newly appointed Selma Police Chief Spencer Collier has officially been on the job for one week, and just as he expected, it’s been a busy one.

Collier said he’s already been working on internal policies as well as working to get outside assistance to help Selma get a hold on violent crime.

“The first thing I’ve got to do is correct some problems inside, and we’re in the process of doing that,” Collier said. “Secondly, I’m a firm believer of a force continuum. If you look at a force continuum, the first step is officer presence.”

One of the ways Collier wants to increase that presence is by having officers look the part.

“I’ve been a little disappointed in how some of the officers present themselves, so we’re fixing that by [requiring] them to wear a class A uniform, at least the day shift, and investigators need to start being in a coat and tie,” Collier said.

Collier said he learned that looking the part makes a difference during his time as Secretary of the Alabama Law Enforcement Agency as well as his time as an Alabama State Trooper.

He said he also wants to require officers to wear hats, much like troopers.

Collier has also been given authority to start the hiring process to bulk up the department, which currently has 41 officers.

“We’ve got to make some hires,” Collier said.

“The mayor has given me the authority to do that and start recruiting.”

He said Mayor Darrio Melton has given him the go ahead to hire 10 more officers.

“We want to hire as many of those that are already certified as we can to make a better investment, but it doesn’t mean we’re not currently looking for those that aren’t currently in law enforcement,” Collier said.

The department is also getting five new police cars for the patrol division.

Collier said the amount of violent crime in Selma was surprising in just his first week, but he has been working on ways to target that.

“I don’t want to give too much of the plan, but part of it is, we’re going to ask for help,” he said.

“Help has been offered from other agencies at both the state and federal level, and we’re going to take advantage of that.”

Collier is also working on meeting with community leaders to get insight on issues in Selma.

“They know the community better than I do, and unfortunately they probably know or see the result of high crime,” he said.

“I want to sit down and meet with the community leaders and just kind of see what their take is and what their recommendations are.”

Collier said after being in Selma a week, he realizes the challenge of increasing public safety may be bigger than he originally thought.

“I’m not going to lie to you. You think you have a pretty good understanding when you get here,” Collier said.

“It’s probably a little bigger of a challenge than I expected, but I’m not going to back down from a challenge. It’s where I want to be. It absolutely is.”

Collier said it will take time to make a difference, so he is asking for patience from the community.

“If the public would just give us a little time, they’re going to see some things very visible in the near future that I hope will send the message that we’re serious about increasing public safety, particularly the violent crimes,” he said.