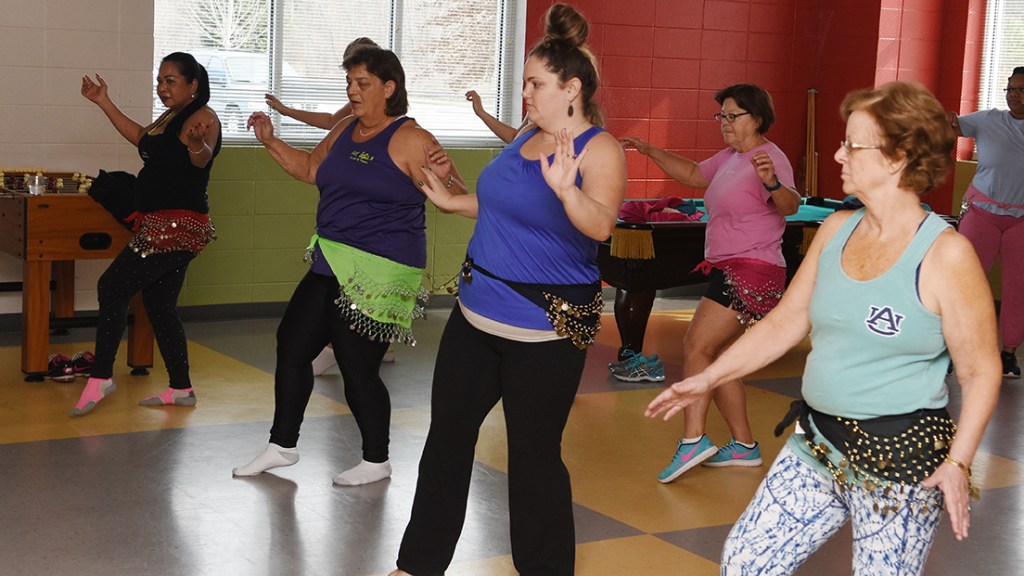 Darion Alexander’s first kickboxing class was full of new faces Saturday during the YMCA of Selma-Dallas County’s open house and that was a theme throughout the day.

The YMCA opened up for members and non-members Saturday so that anyone could try out all the Y has to offer. The YMCA called the day “What Moves You” and advertised it as a group exercise sampler. Every class the YMCA has was held, including brand new ones — such as Alexander’s kickboxing class.

“A lot of people were really excited,” Alexander said. “I think we had 14 or 15 in here today, which is a pretty big class for a fitness class.”

The day started at 8 a.m. and continued until 1 p.m. A total of 16 classes were offered, giving non-members an opportunity to try out the YMCA to see if they could find classes they were interested in.

“It’s a test drive before you decide to commit, so I think that’s invaluable,” said Margaret Jones, who recently moved to the area and was trying to determine whether to become a member.

Jones took part in the kickboxing class, which will be led by Alexander full time. He said this will be his first time teaching the workout.

“The main thing I love about kickboxing is it’s a full, total body workout,” Alexander said. “You are using your core and you are punching, you’re kicking and I feel that you can burn a lot more calories when your kickboxing. It’ll be 60 minutes of non-stop movement.”

Mia Suggs’ cycling class — always a popular one — was as busy as ever Saturday morning. She said since there’s limited bikes, it’s always competitive to try to snag for the class.

“Everybody is usually here waiting at 6:15,” Suggs said.

Suggs said Saturday was about allowing people to see all of the Y’s workouts, including regular members who may have busy schedules.

“Today was an opportunity to try that class out that you’ve been wanting to try,” Suggs said. “You see it on the schedule but your time and your schedule is just not matching with it, so today was that day to come try to see if you enjoy it and work it in your schedule later on.”

Teacher of the Week: Smith dedicated to teaching