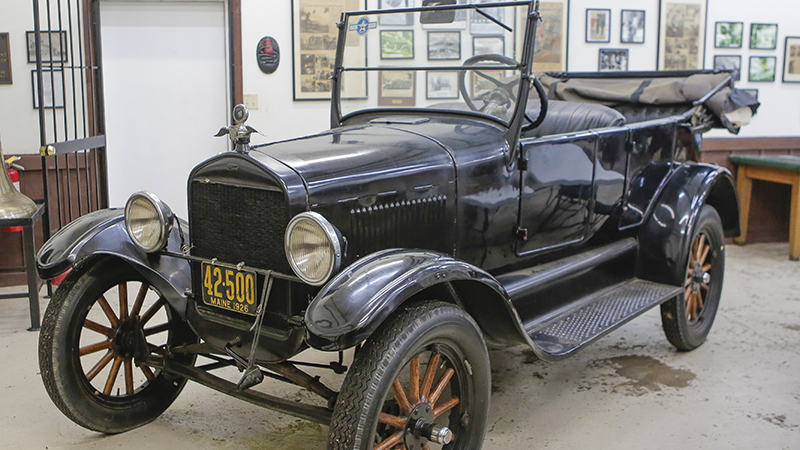 The Old Depot Museum was recently gifted a car that will be surrounded by the many historical items already located inside. The car isn’t just any car though, it’s a 1926  Ford Model T touring car.

Richard Gibian Jr. presented the car to the museum in memory of his father, the late Richard Gibian who passed away in 2015. His father owned the American Candy Company in Selma and memorabilia from the company can also be found in the museum.

“It’s an honor to know this is something that Richard and his father, they bought together, and to know that he feels like it will be safe here and wants everybody to appreciate it, makes me feel really good,” said Beth Spivey, director of the Old Depot Museum. “It’s an honor that they are entrusting us to take care of their history and hoping that their legacy goes on.” 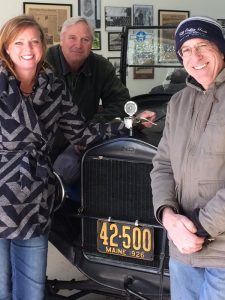 Gibian and his father purchased the car in 1960, when he was just a child. They bought the car knowing that a lot of work had to be put into it to get it back to working and presentable condition.

“It was a project and something that we could do together,” Gibian said.

“It was something we enjoyed from my childhood until almost the day he died.”

The two spent a lot of time together working on this car, and eventually acquired more cars to work on.

“I loved it. I learned a lot of stuff. I learned technical things,” Gibian said.

“I’ve got Model T Ford’s myself that I’ve rebuilt and restored and a lot of that knowledge came from years of us working on that car and other cars.”

Gibian said spending time with his father was special, and working on the cars is something they both loved to do.

Although Gibian moved out of state, he still came back to visit his father often, and they would usually work on or talk cars.

“I got home one weekend and I said let’s go work on one of the [cars] and he said ‘I just can’t get out in the garage anymore,’ and I said ‘then let’s bring it inside,’” Gibian said.

Gibiaan said he is happy that he was able to donate the car that he loved so much to the museum, where it can be shown off to everyone that visits.

“I’m thrilled [to give it to the museum,]” Gibian said.

“My next mission is to come to Selma and show Beth how to do the things you need to do to be able to drive it.”

Spivey said she is excited just to have the car there and to be able to show guests something new in the museum.

“All the children, all the car lovers, it’s something they can touch and sit in and hopefully ride in soon,” Spivey said.

Spivey said anyone wanting to become a member of the museum can go by the Old Depot or call her at 874-2197.