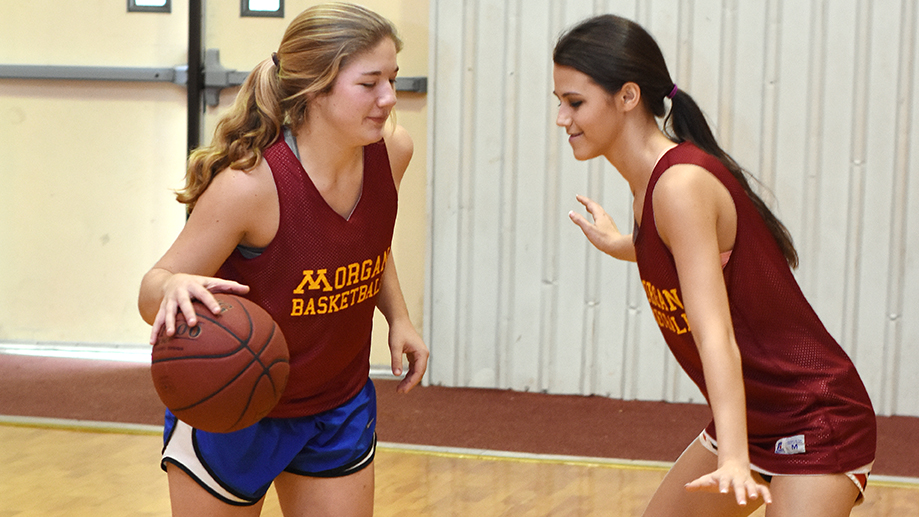 At the beginning of the season, it probably would’ve been fair to say expectations for the Morgan Academy girls’ basketball team were low. The team had only one senior and one junior and much of the team was comprised of sophomores, freshmen and eighth graders.

The team lacked both height and experience — two traits that typically go hand in hand for winning basketball teams.

As it turns out, the Senators don’t need either.

Morgan (6-12) enters Thursday’s class AAA, region 2 tournament coming off a win against Monroe Academy and as winners of two of their last five games. The team has really come around since mid-to-late December, when they won two games at the Escambia Tournament.

“Their drive to win is a whole lot more than it was to begin the season because they see they can do it,” Mason said. “Their confidence has skyrocketed since they realized if you put 100 percent of your effort into it the outcome is a whole lot better.”

Morgan will have the majority of its team back next year. Senior Emily Sherrer is the only senior, so the future is looking bright, even if that isn’t the team’s current focus.

Wednesday’s practice was spent preparing for Thursday’s game against Pike Liberal Arts. The winner of that game will move on to play in the semifinals of the region tournament and most importantly continue on to the Alabama Independent School Association state tournament.

“Many people told us that we couldn’t do it, that we were too young, but coach Mason sees through that and tells us we can do it,” said junior Regan Hewitt.

“Hard work beats talent when talent doesn’t work hard, and we have worked hard this season, and we just want to give it all we’ve got tomorrow and hopefully that’ll be enough.”

Hewitt said she and Sherrer have taken on a leadership role this season and understand they are helping build something for future years.

Mason said the team’s biggest improvement is through teamwork and confidence, but Ellie Adams, a sophomore, has also developed into one of the Senators’ go-to scorers. Adams said she’s enjoyed stepping into a leadership role as a sophomore.

“I really think my relationship with the coach is very important because I feel like I can be somebody she trusts out there,” Adams said.

The Senators know that Thursday’s game is a win or go home scenario, but they appear ready for it.

They play the opening game of Thursday’s tournament at Fort Dale.

“People still look at us as an underdog. I like being the underdog and I like to prove people wrong,” Adams said.

“I hope we can do that tomorrow to keep playing.”