The Dart: A day in the park 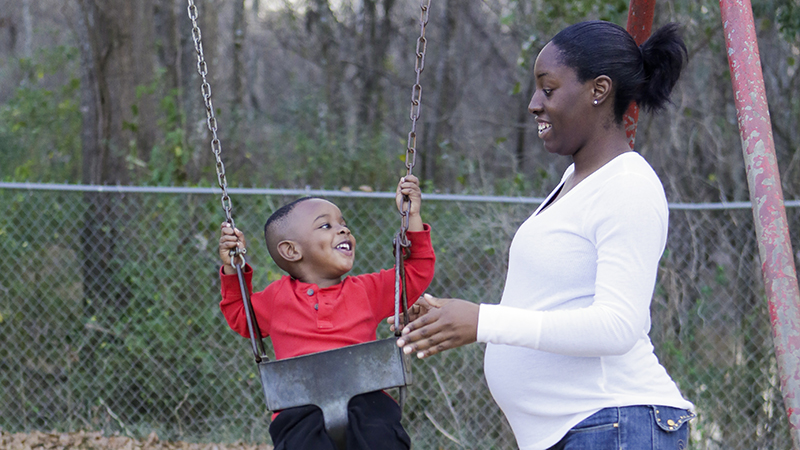 Editor’s Note: The Dart is a weekly feature in which STJ staff writers throw a dart at a map of Selma and Dallas County and then report a story from where it lands.

Rekaihlsha Stallworth and her 3-year-old son, Alonzo Gayle Jr., like getting to go to the playground at Bloch Park and enjoying the outdoors, especially when the swings are involved.

“He’s been in love with the park since he was younger,” Stallworth said. “He wants to go to Bloch Park most days while he’s not in school or daycare.”

Although she is thankful that there is a park for her and her son to enjoy, she is hopeful that some repairs can be done, like the broken fence and an entire swing set that has all broken seats.

“I was just looking at the fence. That fence has been out here forever,” Stallworth said. “I wish they would get someone out here to fix the fence or blow the leaves or just get some more stuff for the kids.”

Stallworth said she is looking forward to the new Butterfly Park opening at River Front Park, so she will have two different spots to take him.

“He saw [the new park] from the bridge and wanted to go over there,” Stallworth said with a laugh.

Stallworth said it’s important for the city to have places like the parks for children to go and have fun.

“It’s very important because it’s something they can do that’s playful and not bad,” she said.

Stallworth said she hopes more things will pop up in Selma for the little kids to enjoy.

Playing on the playground is one of Gayle’s favorite things to do, and Stallworth said she just enjoys watching him laugh and have a good time.

“It’s great [to see him having fun]. He’ll do this all day and laugh. There doesn’t even have to be any kids out here, he’ll still have fun. He just likes the park,” Stallworth said. “The weather has been weird, but we have fun. We’ve been to the park in the last week about 10 times. Sometime twice a day.”