Selma Police Department CID Unit investigators arrested a Selma man Tuesday for the production of obscene material of a juvenile. 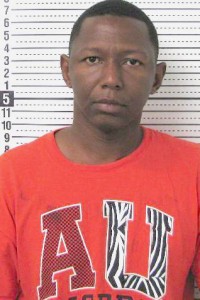 Homer Ward, 35, was arrested and charged one count of production of obscene material of a person less than 17 years old, a Class A felony. He was given a $100,000 bond and has since made bail.

District Attorney Michael Jackson said if Ward is convicted, he could face 10 years to life in prison.

“The information that we received was that he solicited this juvenile for photos of her genitalia,” said Lt. Sam Miller.

The family reported to police that Homer had been trying to solicit the juvenile since 2013, investigators said.

According to Jackson, Ward has an extensive criminal history including reckless endangerment, first-degree assault, second-degree assault, person forbidden to carry a firearm and felon in possession of a firearm.

“Homer is very familiar with the criminal justice system,” Jackson said. “He just got out of federal prison.”

Ward will appear in court later in the week for arraignment and the case remains under investigation.

“I just give kudos to the investigators that pursued this,” Miller said. “As the information came in, they dealt with it.”