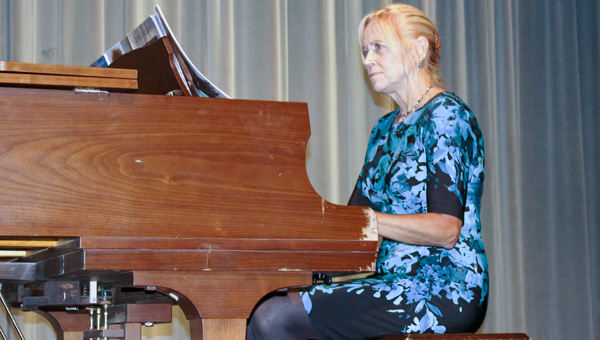 Judson College professor Camilla Horne believes it’s important to expose children to music early in life. That’s why she believes the Selma Children’s Chorus and Orchestra could make a difference in the lives of young people.

“There is research that says if the child does not have some type of formal music education by the time they are 9, it’s going to take them a lot longer if they get it later on in life,” said Horne, who is Judson’s music department chair.

Horne has agreed to serve as the children’s chorus and orchestra’s first choir director.

An 11-member board directs the chorus and orchestra, which has been in the works for a year. The Rev. Jack Alvey of St. Paul’s Episcopal Church is board president and said the organization is fortunate to find someone with Horne’s pedigree.

“She has an immense talent and a wealth of experience with really any age choir, especially children. She’s exactly what we were looking for and more in our first director, and [we] believe she’s going to make this a success,” Alvey said.

The chorus and orchestra held a meet-and-greet Tuesday to allow community members to meet Horne. She also performed at the Larry D. Stripling Performing Arts Center.

Alvey said he met Horne at a wedding and talked to her about St. Paul’s and the Episcopal Church. She has since played the organ at St. Paul’s and sung several times with the church’s choir and was an obvious choice to lead the new children’s choir.

“I called her up one day and said, ‘I don’t know if you would be interested, but…’ before I could finish the sentence she was very excited about the possibility,” Alvey said.

The choir will be composed of second and third graders this year. The plan is to expand hopefully down the road. There will be a workshop for interested students on Friday, Aug. 19 and Saturday, Aug. 20 at St. Paul’s Episcopal Church.

“That will sort of introduce the children to what this is all about,” Alvey said.

An audition will follow the workshop, probably sometime in early September. Horne said she would be listening for pitch and rhythm but that no child should be nervous about the process. She mainly just wants to get to know the children.

Horne said second and third graders are a good age to start with, mainly because they are in school by that age and have begun reading.

“They have already been in school. They know a little bit about following directions, which is really great,” Horne said.

By that age children also having growing vocal ranges and can start harmonizing and blending voices, according to Horne.

After auditions, they choir should be together by October and perform by the holidays. Horne said she believes performing is an important part of bringing a choir together. She said past students of hers have taken to the stage within a week of joining her programs.

“My idea is that performing is such an integral part of music making. It’s getting used to singing in front of people,” Horne said.

Board members have met with Angela Mangum, superintendent of Selma City Schools, teachers at Morgan Academy and other local educators. Alvey said the choir should represent Selma and the city’s diversity.

“All goal is to recruit children from all the schools in the area and to bring them together and not only gather a diverse crowd but the best in our communities,” Alvey said.