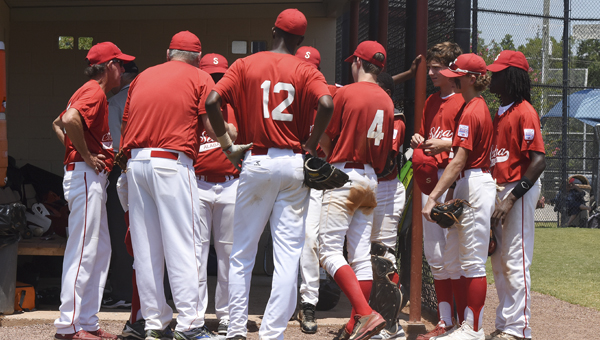 The city of Selma spent more than $20,000 to pay for its teams to compete in Dixie Baseball state tournaments this summer.

Lebo Jones, the city’s interim recreation director, said the city paid for hotel rooms, meals and miscellaneous funding for the city’s teams. There were a lot of them too.

Selma’s AA team — or 7-and-8 age group — went to Wetumpka for state tournament play; the AAA and O-zone teams, or 9-and-10 and 11-and-12 year-old divisions, played in state tournaments in Enterprise; and the Dixie Junior Boys and Dixie Boys, or 13 and 14-year-old teams, played in Dothan. Selma’s 15 to 18 age group also hosted the Dixie Majors State Tournament at Bloch Park.

Jones said later that the city spent approximately $18,000 just on state tournaments, so when district tournaments are factored in he’s confident the total would be more than $20,000.

The city provided $5 per meal for players and $8 per meal for coaches. Jones said the city paid for 28 hotel rooms in all, with four players to a room.

Coaches were also provided their own room, as were any recreation department officials that made the trip.

“Luckily we have it in our budget and the city cares about youth athletes,” Jones said. “I think we are one of the only teams to do that. We are probably the other team in the state that provides everything they need to go to a state tournament.”

The baseball season officially ended Wednesday in Dothan when Selma’s Dixie Boys team lost to Enterprise in the state championship.

“We are very fortunate that they did support us and we are very thankful for that,” said Ricky Waters, the head coach of Selma’s Dixie Boys baseball team.

Multiple calls for Selma Mayor George Evans were not returned on Thursday afternoon.