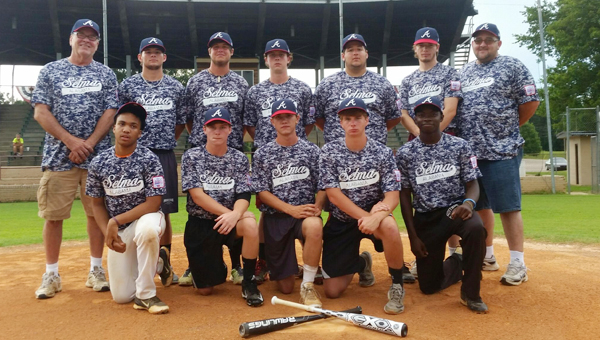 The home team bowed out of the Dixie Majors State Baseball Tournament Friday at Bloch Park.

Selma lost for the second time in two days and was eliminated from the 5-team tournament. The Selma All-Stars lost to Cottondale 19-6 on Saturday after falling to Suburban West from Montgomery 10-2 on Friday.

“We had one 19-year-old and we were playing 17, 18, 19 year olds,” said Selma coach Jeremy Ross. “The majority of my team was 15,16 and 17 year olds and we just couldn’t put two and two together. We had a decent team but couldn’t get everything clicking at the same time.”

Ross said with such a young team, the key is trying to keep the players together next summer. A lot of times players lose interest in city league ball once they get older and are either preparing for college or decide not to play baseball anymore.

“That’s the biggest thing. We had two teams this year that made all-star but it’s kind of hard when they get to that age group they fall out of the program and don’t want to play anymore,” Ross said. “We will try to encourage that to get more teams and have more people to choose from.”

The tournament is expected to wrap up this weekend at Bloch Park. The rest of the Selma All-Star teams, including the 9-and-10, 11-and-12 and 13-year-olds and 14-year-olds, were starting state tournaments this weekend.