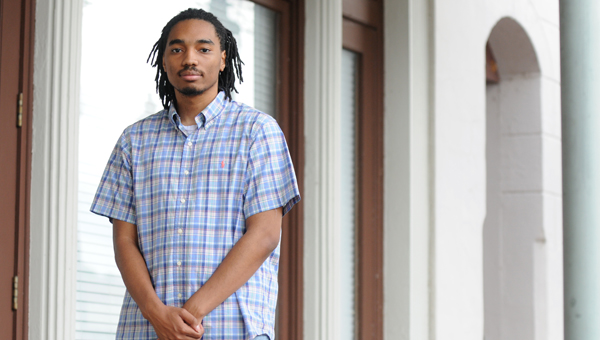 Lee Steele is headed to Alabama A&M University this fall on a choir scholarship. He was diagnosed with autism on age 7 and rarely spoke as a child.

By Samantha Bolden | The Selma Times-Journal

Lee Steele hasn’t let autism stop him from turning his dreams into reality.

The 19-year-old was diagnosed with autism at 7, and until then he barely spoke, avoided eye contact and lacked social skills. His condition falls in the middle spectrum of social impairments that characterize autism, which affects millions of children in America.

As Steele grew up he found more outlets to help him deal with his autism, including music though that was never planned.

Steele’s mother, Shana Tyson, decided to put her son in choir as a way for him to become more sociable. Tyson has worked with the Selma City Schools System for more than 10 years and teaches first grade at Sophia P. Kingston Elementary School.

“I placed him in choir in the sixth grade for him to become a part of a group, and it turned out that he was becoming a great singer,” Tyson said.

Selma High School choir director Colin Lett described Steele as helpful and consistent and said he knew there was something special about him early on.

“He was always the first one to learn the music,” Lett said.

Lett said he learned a lot from his student too, watching Steele overcome his challenges.

“He showed me that if you work hard, the sky’s the limit,” Lett said.

Other than his mother and Lett, Steele said another big support was his former special education teacher at Edgewood Elementary, Tihonia Hinton.

Hinton said Steele is a testimony to the impact of active parenting and engagement from educators.

“When the parent is actively involved from the beginning to a young adult, things can happen,” Hinton said.

“A lot of times people think that just because someone may have an exceptionality, they can’t make it in this world, and it’s simply not true.”

He auditioned for the school’s choir and was offered a scholarship to join.

In his spare time, Steele likes to do animations though he said they are time consuming.

“I don’t know where five years will take me, but as long as my future is bright, I can live through those years to show my success, and let others know that they can do it too,” Steele said.