YMCA of Selma and Dallas County kicks off camp 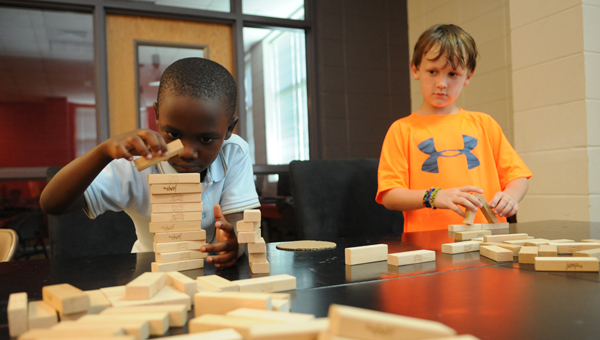 Now, she works as a camp instructor with the YMCA and is happy to help create similar childhood memories for others.

“I would like to give back to these children something I had as a child,” Holbrook said. “Seeing them learn and have adventures [like I had] when I was a child makes my heart happy.”

On Tuesday, the YMCA started its traditional summer day camp.

The camp will last until July 29 and is still open for registration. Camp tuition is $89 for members and $99 for non-members.

Each day the camp will begin with breakfast at 7:30 a.m. followed by brief chapel and morning activities.

After lunch, the day will resume with afternoon activities until 5 p.m.

Each day the activities will alternate between pool time, arts and crafts, dancing, indoor games, nature walks, sports and more.

Camp director Stacey Buchanan said this year’s camp will also include archery and kayaking, two activities that haven’t been offered in previous years.

“We just thought it would be fun,” Buchanan said. “[The kids] are excited about it so far.”

The first day of camp began with indoor activities, such as cards and Connect Four, and meeting all the other campers.

The first excursion is planned for Thursday at the Selma-Dallas County Library.

Buchanan believes summer camp provides more than just a means to keep busy during the summer.

“It helps them achieve self-esteem [and] it helps them build friendships,” Buchanan said.

For 11-year-old CJ Brown, this year is his first traditional summer camp experience at the Y.

“Some of my friends told me about it,” Brown said. “They said it was fun.”

Brown said he is looking forward to learning archery.

Maddie Smith, 9, is a second year veteran of the camp.

Smith is also looking forward to the new activities. She said she attended camp again this year because she had fun last year.