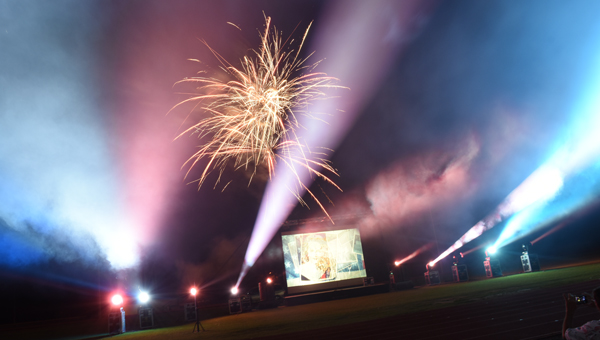 The city of Selma sponsored a fireworks and laser light show Monday evening.

The Fourth of July weekend was mostly quiet in Selma, according to local authorities.

“We needed a good quiet weekend for the Fourth of July,” Selma police chief John Brock said. “We’ve had a few [weekends] over the past couple of years that have been real busy, but Selma was blessed this weekend because it was quiet. We still had calls coming in, but nothing major.”

In the county, Capt. Mike Granthum said the Dallas County Sheriff’s Office responded to two shootings over the weekend.

Both shootings are believed to be accidental, self-inflicted incidents. Neither of the injuries were considered life threatening.

Brock said there were a number of calls related to fireworks or shots fired but nothing serious. The city’s laser and fireworks show also went smoothly.

“We had a great crowd,” Brock said. “They came, saw the fireworks, had a good time and left. We had no problems.”

“People getting involved more in the community has really helped these past couple of months and kind of slowed everything down,” Brock said. “[But] we are still going to have violence. That’s just how it is.”

Brock hopes this past weekend’s report of no major crime continues.

“Treat everybody like you’d like to be treated, and I think we’ll go a long way if people [do that],” Brock said. “It’s all common sense. Just think before you do anything.”