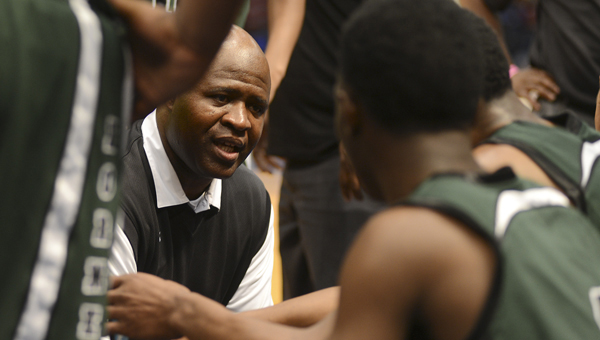 This past week, Moore learned he had won the Alabama High School Athletic Association’s Making a Difference Award, an award that is only offered to one coach in each of the seven AHSAA classifications.

The award is unique in that it recognizes coaches not only for their achievements in their sport, but also the impact they make in their schools and communities. Moore said it’s always been a priority of his to be more than just a coach to the students he teaches, and in turn, the students respect him as a role model in and out of school.

“They know that I genuinely care about them and their education,” Moore said.

This past season, Moore earned his 500th win of his career. He currently holds a 503-151 record throughout his time at West Blocton, Bibb County and Dallas County.

In 2014, Moore guided the Dallas County Hornets to a class 4A state championship, an accomplishment many would assume might be at the top of Moore’s list of greatest moments in his lengthy coaching career.

To Moore, there are countless moments that top it.

To Moore, it’s the relationships he builds with the students that give him the greatest reward out of his job.

“For them to call you back and say, ‘Hey coach I’m getting married,’ or ‘I’m about to be a parent,’ those things mean more to me than winning ball games because at the end of the day coaches stop coaching and playing ball games,” Moore said.

Moore puts an emphasis on building relationships with students outside the classroom. On Sundays, he and many of his students worship at church together, something he believes is an important part of getting to know the students on a personal level. Moore, who is also the assistant principal, has been coaching the Dallas County softball team, but stepped down at the end of last season. It can be assumed that Moore would like to win another state championship in his career, but when he lists his future goals at Dallas County, wins, losses and championships are not even in the conversation.

“I’m going to continue to try to be a leader at the school, someone that the kids respect and also foster those relationships so they know that I care about them,” Moore said.