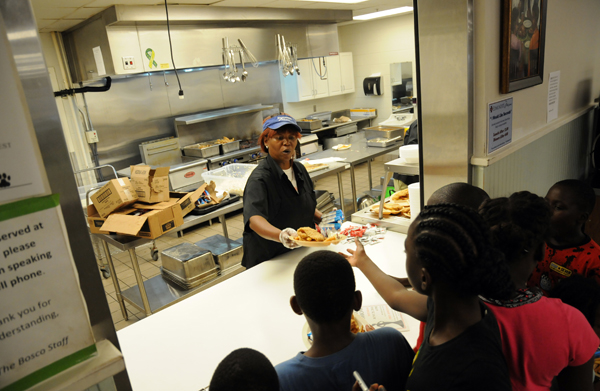 Discussions on how to help the homeless in Selma continued Friday.

Discussions on how to help the homeless in Selma continued Friday.

The Mayor’s Office, church leaders and other local agencies met at the Edmundite Missions’ Center of Hope to discuss the needs of Selma’s homeless and whether or not a shelter is needed.

“We certainly know there is a need in Selma. We just need to clearly identify what it is,” said Felicia Watkins-Jackson, HUD Alabama Rural Housing Coalition for the Homeless (ARCH) executive director. “I certainly think we are moving in the right direction.”

Mayor George Evans said the discussion of Selma’s homeless and the possibility for a shelter has been ongoing for at least eight years, but has never gotten to the point of where it is now.

“I’m just glad all the groups are coming together and putting their heads together and trying to come up with solutions to something that’s ongoing and a concern for a lot of people,” Evans said.

The next step of the committee is to compile a list of the existing agencies and what services are offered by each. This way, organizations can properly and more efficiently refer individuals to another agency, if needed, based on the individuals’ needs.

“I feel very comfortable that everybody who was involved is willing to come together and put together some type of process where there is a no wrong door for looking for services,” Watkins-Jackson said.

The participating agencies have also been asked to use the ARCH Homeless Coordinated Assessment to collect data on Selma’s homeless demographic.

The information will be complied into a master list, which will be reviewed weekly.

Based on the information gathered, individuals or families will be referred to services that are best equipped to help them get into permanent housing as soon as possible.

“I think it will help extradite the services that they are providing to people. It will certainly make the access to services quicker,” Watkins-Jackson said. “The next steps will be to continue the conversation and really have some hard data on what the need is.”

Whether or not the need for a shelter is there, the group began proposing smaller alternative solutions such as the agencies owning a house or houses for people to stay for a few days as opposed to being sheltered at a hotel.

The next meeting will be held at the Edmundite Missions’ Center of Hope on Friday, July 22 at 10 a.m.