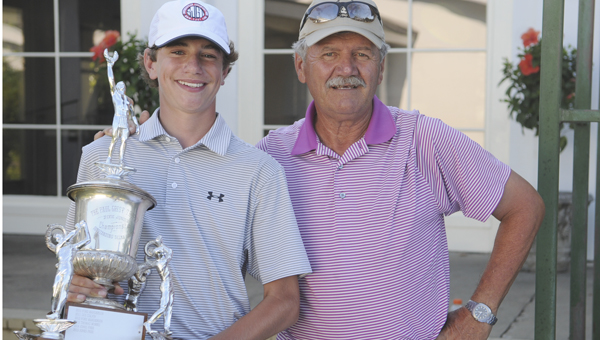 Gus Colvin didn’t play his best on the first day of the Bud Burns Dixie Junior Championship at the Selma Country Club, but he believes his strong play on his second and final round earned him the Paul Grist Trophy on Wednesday.

The trophy is awarded each year to a Selma golfer who displays hard work, character and has a strong showing at the tournament. Colvin, 14, shot an 84 on his first day, but followed it up with a 76 on the second day.

“I didn’t really play that good the first day to get in the A division,” Colvin said. “I feel my play the second day really improved.”

Colvin wasn’t the only Selma golfer to win an award Wednesday. Thomas Morris earned the Bud Burns trophy for being the Selma golfer with the lowest 54-hole score.