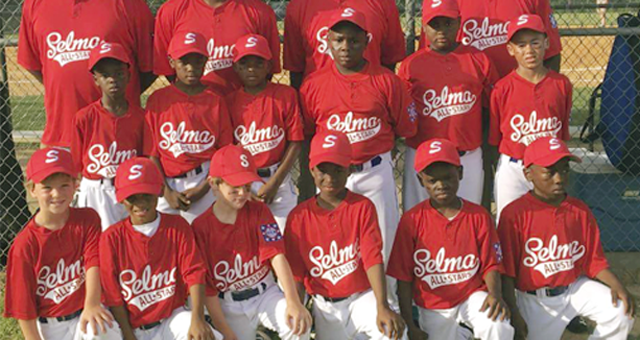 Selma’s 7-and-8 year-old all-star baseball team is continuing to chase a state championship.

The team went undefeated in five games at Holtville this past week, including a 21-11 win Monday night that locked up the sub-district championship.  Selma outscored its opponents 107-37 during the tournament.

“We are good on the defensive side of the ball, but more importantly we always hit the ball, and that’s our main thing,” said coach Quinn Pernell.

Pernell said at this age group it’s a challenge to keep the team focused, but said they’ve done a great job.

“We stay on them, even though they are not perfect, they make mistakes, but we try to minimize the mental mistakes we have,” Pernell said. “We keep them focused, or try to at least, at all times.”

Selma’s other all-star teams have not yet began tournament play.