A Selma man pled guilty Monday in the murder of a Clanton man that dates back to New Year’s Eve 2011.

On Monday, Carl Brown pled guilty in the murder of Julius Collins Burnett. 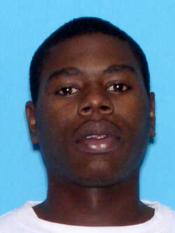 Brown was sentenced to 25 years and will be transferred to Kilby Correctional Facility in Montgomery for processing.

“It’s a long time waiting,” said Capt. Mike Granthum with the Dallas County Sheriff’s Department. “He won’t be able to hurt anybody else for many, many years and [it will] give himself time to think about it. Maybe he will rehabilitate and come out a productive citizen, but he’s exactly where he belongs right now.”

In January 2012, Brown was arrested and charged with capital murder, first-degree theft of property and six counts of fraudulent use of a credit card.

Jackson said as part of a plea agreement, the other charges were dropped.

The case had reappeared on the docket for trial over the years, but was delayed by appeals, according to Jackson.

“This defendant met this victim [online],” said District Attorney Michael Jackson. “People have to be careful about meeting people on Craigslist and sites like that. It’s a dangerous situation.”

Granthum said the two men did not meet on Craigslist but on another social website.

“It was a crime of opportunity as far as getting money and a vehicle,” Granthum said. “We believe that was the motive.”

Burnett was last seen on New Year’s Eve of 2011 at an ATM in Clanton. He was reported missing by his sister, according to newspaper reports.

Property owners putting up a fence discovered Burnett’s body in the driveway of an abandoned house off County Road 74 on New Year’s Day, investigators said.

Granthum said the encounter began at an abandoned residence located on U.S. Highway 80 East, but the crime took place where Burnett’s body was found.

Authorities believe this was the first person-to-person encounter Brown and Burnett had, although the two had made contact before.

Brown, who was then 19, was spotted two days later driving Burnett’s vehicle and using Burnett’s ATM cards. After questioning, Burnett confessed to shooting Burnett twice in the head and dumping the weapon in the Alabama River, according to 2012 newspaper reports.

“We had some divers come in and we dove the river and everything,” Granthum said. “We never did find the weapon.”