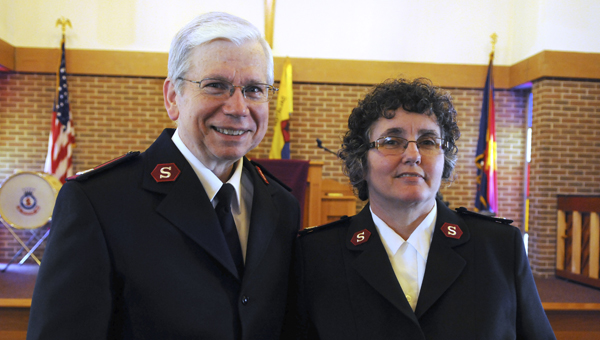 The Salvation Army will hold its final Sunday service this weekend due to recent budget cuts.

The service will be held at the army’s chapel in its office location behind Selma High School. The sermon will focus on God’s goodness and will begin at 11 a.m.

To save on expenses, the Selma location will be converted from a corps to a service unit. The unit will provide all of its existing services except church services.

“That’s one of the main functions of the officers is to be minister,” Steve said. “So there won’t be a need for officers here any longer.”

The cut was ultimately made because of the lack of sufficient funds, according to Steve.

“There just hasn’t been funding to support an officer,” Steve said.

Besides acting as minister, officers fill in the gaps where action is needed. This includes anything from doing work for the various programs or services to maintaining the grounds. He and his wife, Maj. Mary Welch, have been serving the Salvation Army for the past 36 years, with the past four in Selma.

The couple has been spending their recent days packing up for their move to Vicksburg, Mississippi. The couple will be starting work at the new location on June 20.

“It’s kind of tough sometimes because you feel like you’re packing up your life,” Mary said. “We’ll miss the people. It’s always tough to leave friends.”

Moving isn’t something new to the couple. During their years of service, they have bounced around multiple units in Florida, Oklahoma, Mississippi and Alabama. At each location the couple stayed anywhere from four to six years.

Steve believes officer quarters will be sold to help fund other services. Other services provided include the food pantry, the Salvation Army Family Store, disaster assistance and more social services.

Steve hopes the Selma location will continue to grow in its ability to serve the community as it is needed, with the possibility that officers will return to resume ministry services and spread the word of God.

“That’s what we’ve signed a pledge to do,” Steve said. “That’s our main reason to be officers.”