Mason accepts job at Morgan, where she has many ties 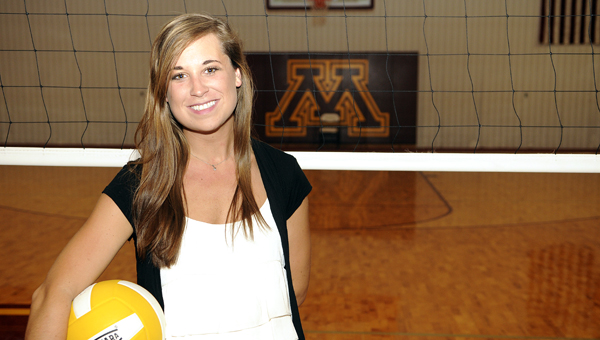 After one year as the head girls’ basketball coach at Southside High School, Kayla Mason is moving on, but she won’t be going far.

Mason accepted a position as the head volleyball coach and girls’ basketball coach at Morgan Academy in early April, bringing her to a school she is very familiar with.

Many of Mason’s family members have attended Morgan, and she already knows several of the girls she will be coaching this upcoming season.

“The good thing about Kayla is she grew up in the [Alabama Independent School Association], so she knows about the league and how to coach. We’re excited about that,” said Morgan Academy’s Karim Oaks, who was serving as the school’s interim headmaster when Mason was hired.

Prior to being the head coach for a year at Southside, Mason was an assistant basketball coach for one year at Elmore County and four years at Lowndes Academy.

She played basketball and volleyball throughout high school and played intramural volleyball in college at Auburn University at Montgomery, where she received a degree in exercise science. Currently, Mason is pursuing her master’s degree in science education, taking classes at AUM and online at Troy University.

While the classes she’s taken in college have provided Mason with knowledge on how to be a teacher, it’s her past experiences as an athlete and a coach that make her confident she can handle her first role of being the head coach of two different teams.

Mason said she has especially learned a lot over the past year at Southside.

“I feel like Southside has made me grow as a teacher and a coach in more ways than I can ever even imagine,” Mason said.

Mason is looking forward to having a full summer to prepare for her the season. In years past, she has been hired closer to the beginning of the school year, and this will allow her to be ready to coach two different sports and further familiarize herself with her teams.

Mason has a history at Morgan although she didn’t attend the school. Her mother attended the school, her grandmother worked in the school cafeteria and her cousins currently attend Morgan. Mason baby-sat most of the players she will be coaching on the volleyball team when they were younger, so she knows them well.

”I’m very excited because of the talent, the work ethic and the drive to want to win that I see from the girls,” Mason said.

Although Mason said it might be weird at first for some of the girls she’s baby-sat to call her Coach Mason, it’s a change she believes the team will welcome with open arms.

“I’ve baby-sat them when they were little and I’ve watched them grow up and now I get to be a different part of their life,” Mason said.