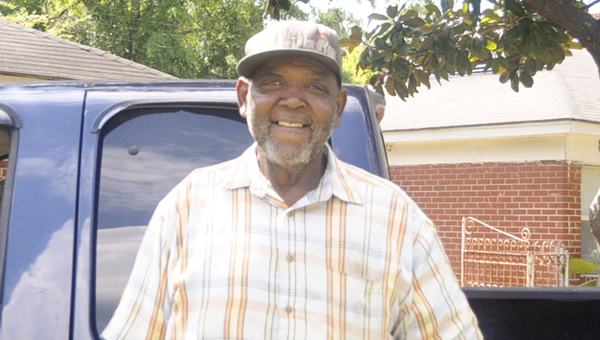 Evans lost his 19-year-old son Ryan, a 2015 Selma High School graduate and football player, due to a blood clot in February.

In a fog, Evans went to Wallace to withdraw from classes before having a change of heart and thinking about what Ryan would have wanted.

“It was my last semester. After I lost him, I went to the school to withdraw,” Evans said. “I changed my mind because I figured he would have wanted me to finish school.”

Evans managed to get through the remaining weeks and graduated May 13 with a degree in computer information systems.

“I feel happy and proud. I think I did well. I’m glad I stuck with it,” Evans said.

The 58-year-old decided to return to school because Ryan was studying welding at WCCS when he died.

Evans has been disabled since the late 1980s after hurting his back on the job. He started at Alabama State University in 1975 but left after one year because he lost a scholarship.

“My parents didn’t have the money to pay for me to keep going to school after I lost my scholarship. So, I had to drop out of school,” Evans said.

Some 40 years after beginning his degree at ASU, Evans enrolled at WCCS to learn more about computers. The subject is what he would eventually earn a two-year degree in.

“It was a learning experience to me because when I first went to Wallace, I didn’t even know how to turn a computer on,” Evans said. “I wanted to learn how to use one and I knew I had to go to school to do it.”

Evans said he went back to school to inspire his five children.

“The main reason I went back is to show my children that it’s never too late to do anything. If I can do it, they can do it and make a better life for themselves,” Evans said.

He hopes his story will also motivate other people his age that have considered going back to school or furthering their education.

“You can do anything in life that you want. Go have some fun and learn. If you put your mind to it, you can do it,” Evans said.