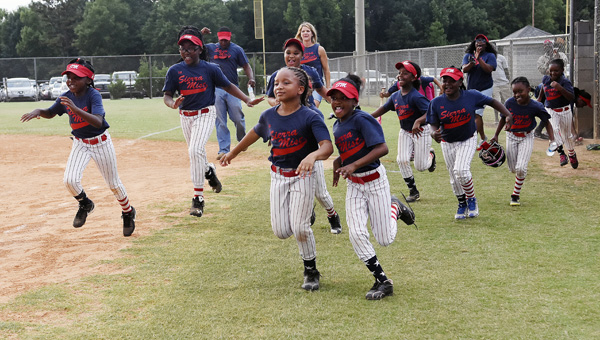 Players for Sierra Mist race out of the dugout to go collect their 7-and 8-year-old league championship trophy. Sierra Mist defeated First Cahawba in a championship game Tuesday at the Dallas County Sportsplex. –Daniel Evans

Jaden McGee hit two inside the park home runs to lead Sierra Mist to a 14-11 win over First Cahawba Tuesday in the 7-and 8-year-old softball championship.

“When she was three, she could throw the ball in the air and hit it with the bat,” said her dad Jarvis McGee, who serves as Sierra Mist’s head coach. “In the offseason and in the winter time… we get in the backyard and hit balls and she wants to do it.”

The win not only gave Sierra Mist a championship, but also secured an undefeated season at 14-0.

“It’s good for the girls to be able to come out here and play the game of the ball and learn and be able to progress, even at the middle school and high school and have fun while they are doing it,” Jarvis said. “I’m tough on them all season, but it’s because I know what they are capable of doing and I know that they put their all into it, 100 percent, that nobody can beat them.”

Jarvis said that he’s had five players that have played with him the last four years —Jaden McGee, MarTasis Hardy, Breanna Bennett, Nicole Hollaway and Marianna Drammeh and said that experience paid off this year.

A third inning triple by MarTasis Hardy scored TyLiyah Sheppard and Nakaiya Stubbs and gave Sierra a two-run advantage in a game that had been tied 5-5.

First Cahawba had back-to-back scoreless innings in the third and fourth and it ended up costing them a chance at the championship.

In the top of the fourth, McGee’s home run had stretched the lead to five for Sierra Mist. Another big hit by Hardy in the fifth scored Sheppard, extending the lead to 11-5.

First Cahawba threatened to rally in the bottom of the fifth inning. A single by Jamesha Prevo scored Jakaiya Black, bringing the score to 11-6. Cadreanna Moore’s double brought in two more runs and a single by Christy Hasberry made it a two-run game.

Sierra Mist again found a way make the defensive play it needed at the perfect time. The team forced Keemya Henderson to ground out, securing the Sierra Mist lead at 11-9.

Sierra added three more runs in the bottom of the sixth. With two outs on the board, Breanna Bennett tripled to score McGee and Marianna Drammeh.

Moore celebrated his birthday Tuesday by coaching the Civitan Club softball team to a 10-8 victory over Cougar Chevron in the 11-and 12-year-old softball championship game at the Dallas County Sportsplex.

“I’ve been doing this for 40 years. It made my day,” Moore said of watching his team win the championship.

Civitan Club took an early 10-4 lead, but nearly watched the entire advantage slip away in the closing innings. Cougar Chevron cut into the lead in the top of the fifth inning. When Melinda Olds singled to score Kiyah Anderson, the Civitan lead had been cut to two.

Mary Krumnow grounded a ball to Trinity Hatcher, who calmly stepped on second base to end the inning, but by that point the damage had already been done. Civitan’s once sizeable lead had been cut from six to two and it didn’t get any better in the top of the sixth, when Civitan failed to bring in any runs.

The coaches for Civitan held a meeting with the team, trying to get them fired up for the final inning.

“We told them just to hold on and not let them get any more runs,” Moore said. “One out at a time.”

Whatever was said seemed to do the trick.

After a leadoff single by Tiara Brown, Cougar managed to load the bases in the sixth and final inning. However, Kiyah Anderson grounded out to SaMearia Blake, who stepped on third to end the game.

Blue Ox won the first game 23-21 to set up a winner-take-all championship game. With the title on the line, Blue Ox dominated in a 19-9 win.

“We knew we could do it. We’ve been doing it all year,” said Blue Ox coach Idette Clay.

“We only had one regular season loss and we only had one playoff loss. My girls bounce back after a loss. Sometimes it takes a loss to get them back into the game and get them focused on what they need to be doing on the field.”

“They knocked in a couple of runs to cushion the lead that we had,” Clay said. “We got the lead and just maintained it all throughout the game.”

Blue Ox scored seven runs apiece in both the first and second innings and then added five in the third to take a 10-run lead.

The game was called after the third inning due to the mercy rule. 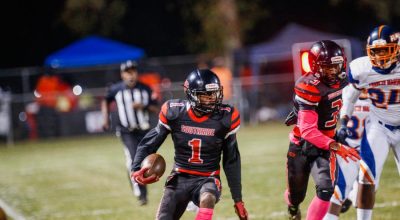 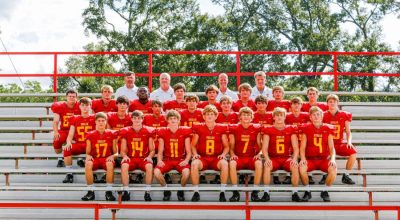