Memorial Day program remembers those who gave all 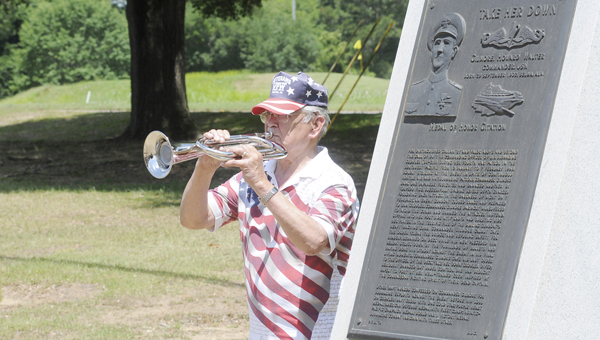 Memorial Day is the one day a year that the nation comes together to remember those who made the ultimate sacrifice for our country.

On Monday, veterans and active military personnel alike and their families gathered together at Selma’s Memorial Stadium to acknowledge and pay tribute to those who lost their lives fighting for the country. The program was organized by Veterans of Foreign Wars.

The Rev. Rayburn Hill, the master of ceremonies for the program, spoke on the holiday and its importance. For him, it’s about remembering all of those that have served in the past and given their lives. 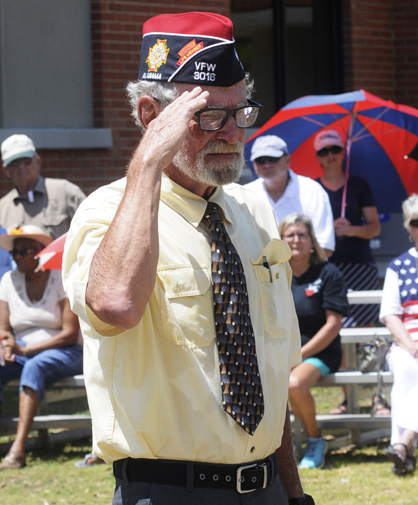 “They should come to things like this and respect the reason they’re able to do [what they do], Hill said.

Lt. Col. Steve Ruiz, the speaker for the morning, recapped some highlights from his military career, emphasizing the importance of respecting those who have fought for our country, past and present. I

n addition to being a proud, distinguished member of the Air Force, Ruiz is also the junior ROTC director at Southside High School.

“Unfortunately, a lot of people forget the sacrifice made by military, our police and firemen for that matter, but they forget about the dedication to the people who have died and spend it as more of a holiday time frame,” Ruiz said.

Ruiz encouraged civilians to simply “take a moment to remember those who have gone before, given the sacrifice, and have now passed on.

Ruiz went on to express his concern that if we don’t pay our respects and educate children on the importance of days like Memorial Day, the monuments outside of the stadium won’t mean anything to them.

“It’s a matter of just not forgetting.” He said. “Not forgetting the sacrifice that people made before us and that we stand on their shoulders today.”